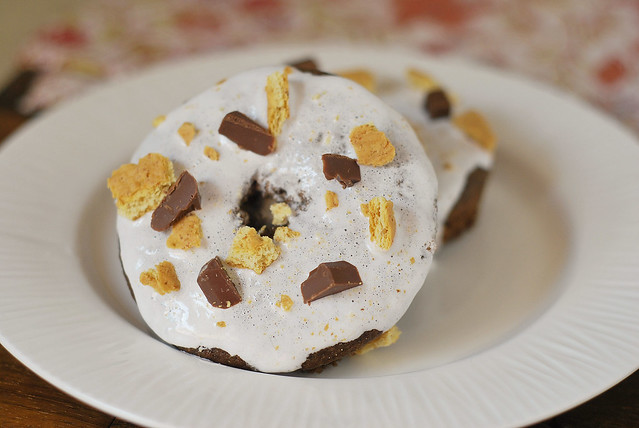 We made it to day 5 of S’mores Week! Not gonna lie, I procrastinated on most of these posts and literally woke up panicking about s’mores one night earlier in the week. S’mores took over my life! It was fun though and I’m going to try to talk Nicole into doing another week of themed goodies later in the year!

I made Baked S’mores Doughnuts for my final recipe! I know the baked doughnuts get a lot of crap these days but I love them! And I love the “But they’re just cupcakes baked in a circle” argument because I can be all EXACTLY. They’re cupcakes in the shape of a doughnut so you can eat them for breakfast without any judgment!

This is my standard chocolate doughnut recipe but it has some graham cracker crumbs mixed in! And then a super simple marshmallow glaze with s’more goodies on top. I made these yesterday for my kid’s afterschool snack and he was so excited to see them! It’s been a really long time since I used my doughnut pan so it was quite a treat. 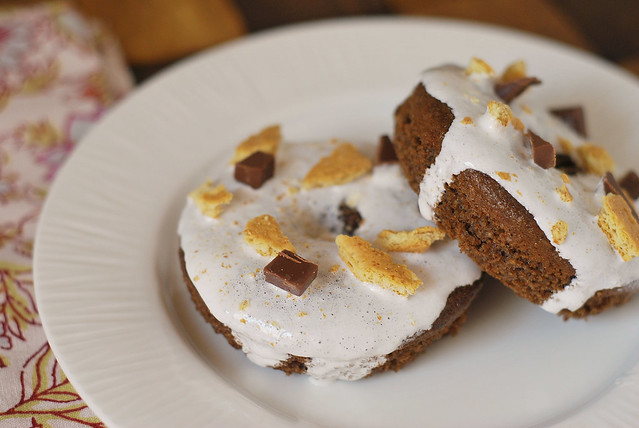 Print
Baked Sâ€™mores Doughnuts
Ingredients
For the doughnuts:
For the marshmallow glaze:
For serving:
Instructions
To make the glaze: