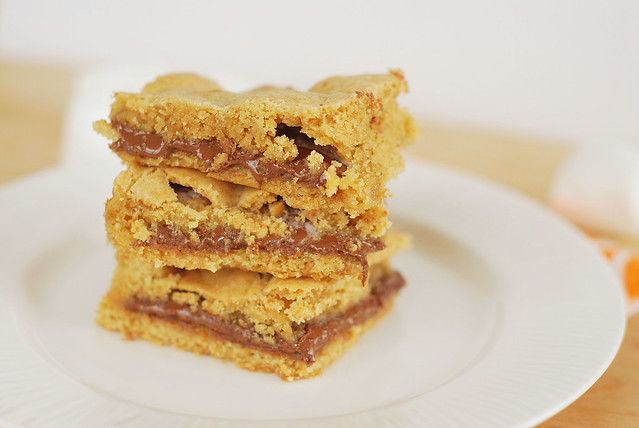 Last week I bought a box of graham crackers, a 6-pack of Hershey’s bars, and 2 bags of marshmallows so that we’d have s’mores supplies for the rest of the summer. Do I even need to tell you that we’ve already torn through all that? And to make it worse, I’m scared of the grill so we’re doing stove s’mores and then huddling together in the kitchen as we stuff our faces. It’s real cute.

I did manage to get these Baked S’mores made before we ran out of supplies and I’m so happy I did! I think I like them even better than regular s’mores because instead of whole graham crackers you do a graham cracker crust sort of deal so they’re ridiculously buttery. And the crust stays nice and soft! They’re so perfect.

The recipe calls for marshmallow fluff but I used regular marshmallows – they kind of melted into the crust. You can’t see them but you can definitely taste them. I would definitely use fluff if you want it to look like real s’mores but the marshmallows worked fine if you aren’t too worried about appearances. 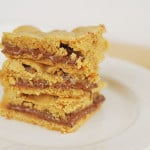