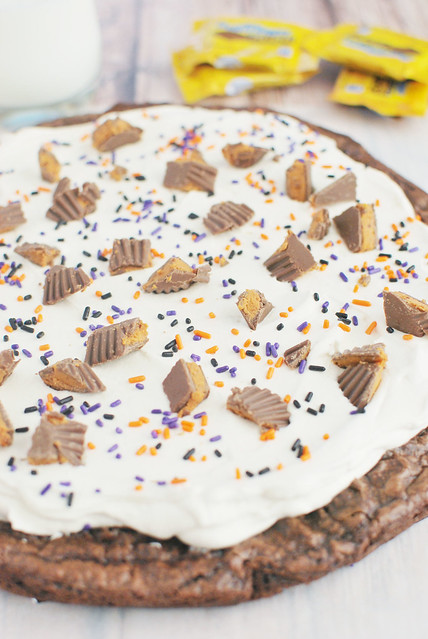 My level of Halloween excitement is so high that I cannot even tell you where it is. My best estimate is that it’s somewhere near “OMGGGG I MAY DIE OF ANTICIPATION BEFORE IT ACTUALLY GETS HERE” on the scale.

We’ve had costumes for at least a month now. Even the dogs. My house has been decorated since September 1. I’m even stocking up on candy – but only the kind I don’t like so that I’m not tempted.

Today we’re talking about a candy that I do like, though. I really, really, really like this one. Which means that bag that I just bought from Walmart the other day won’t last long enough to see Halloween. (Let’s be real, it’s already gone. Oops.) 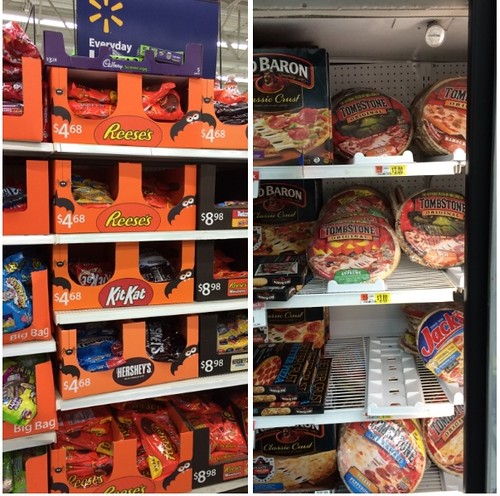 Have you tried the Butterfinger Cups? This was my first time trying them and I don’t want to be dramatic but… life changing. I had seen them around and assumed that they were just regular Butterfingers in a different shape. But totally not. They taste like the regular ones but have a completely different texture. I’m obsessed and will be buying more for trick-or-treaters and then accidentally putting them on the bottom of our candy bowl in hopes that there will be lots left for me. 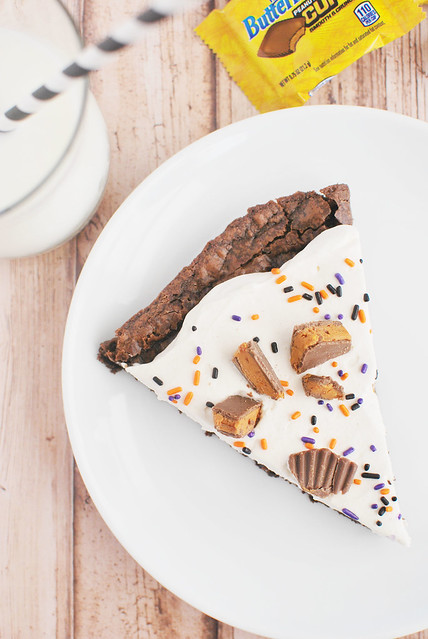 I used those Butterfinger Cups to make Butterfinger Brownie Pizza! You guys know I’m absolutely crazy about sweet pizzas and typically I use cookie dough as the crust. But for this one, I used a brownie mix (from a box – super simple!) and I think I like it more than the cookie crusts. I mean, what’s better than a brownie? And then for the sauce, I made a peanut butter whipped cream that takes just minutes to whip up. I chopped up a few of the Butterfinger Cups and sprinkled those around and then topped it all off with fun Halloween sprinkles.

And speaking of pizza, we all need good fuel before heading out the door for trick-or-treating and Tombstone pizza is perfect for that! And I just love their spooky Halloween packaging!

Let me know in the comments which #Treats4All you’ll be handing out on Halloween. Or what you’ll be eating fuel up for the big night! 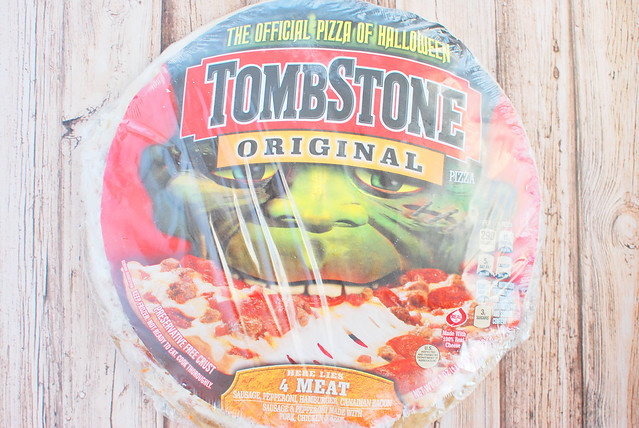 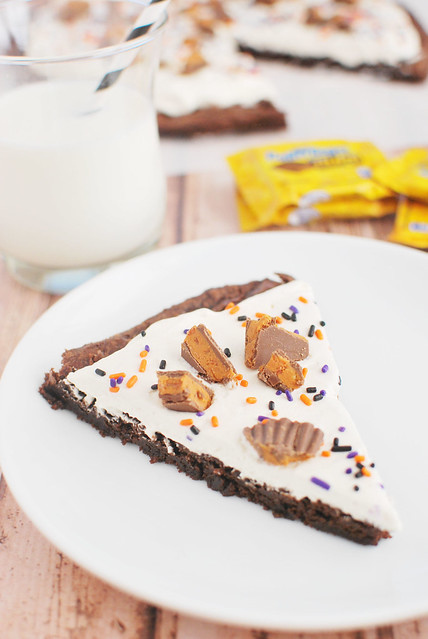