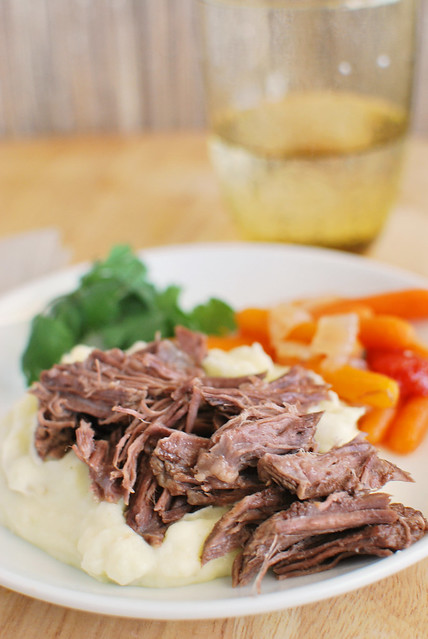 One of my favorite things in the world to cook is pot roast. I don’t even like it much as far as eating it but I just love making it. I think there is just something so satisfying – and I realize this makes me a weirdo – about cooking a big roast with all the veggies arranged around it.

This one is different from my usual roasts because it’s not cooked in the slow cooker. It’s browned and then cooked in the oven for a couple hours. It doesn’t have that falling-apart quality that slow cooker roasts have but it tastes so much better!

I have made this recipe so many times over the years and my husband goes nuts for it each time. At the end of the recipe, you actually make a sauce for it but because I go heavy on carrots, my sauce is always bright orange. So you’re not seeing photos of that because it’s just not very pretty.

Just as the name suggests, this is the kind of pot roast you could serve to company and not feel bad about. It’s so delicious and my husband says it’s better the next day on sandwiches. 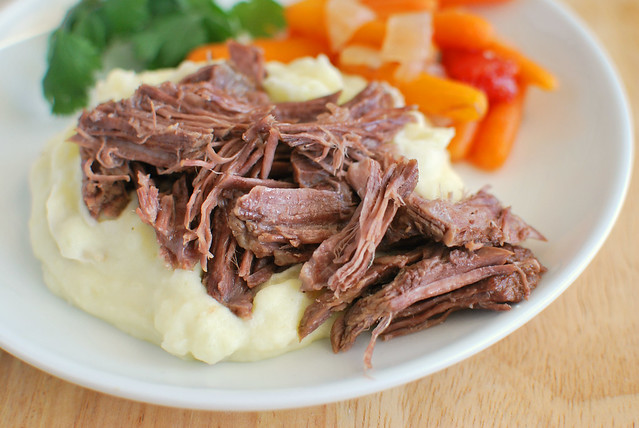