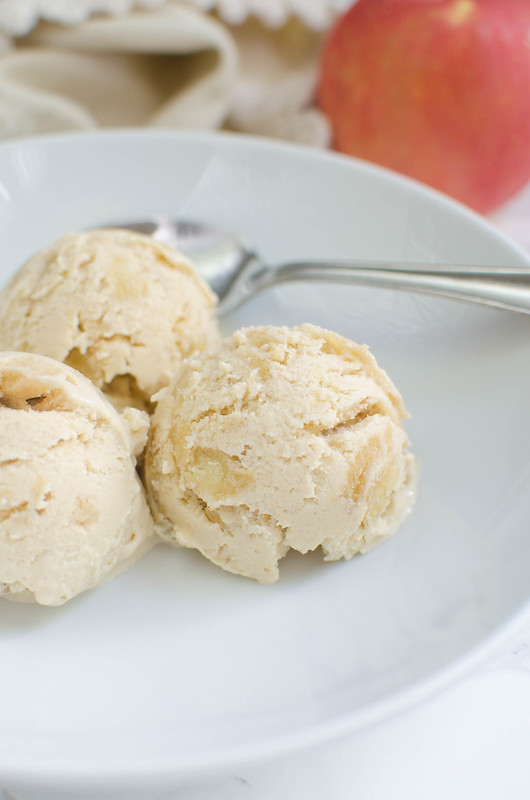 Does everyone look forward to apple season as much as I do?

I really don’t care about apples all year long but as soon as fall rolls around, I’m checking my grocery store every day to see if the honeycrisps are under 5 bucks a pound. So far this year I’ve made an upside down apple cake, a grilled cheese, and I’ve currently got 4 different varieties of apples in my fridge.

You know, just in case I need a gala apple instead of a pink lady.

As if I can really tell the difference. 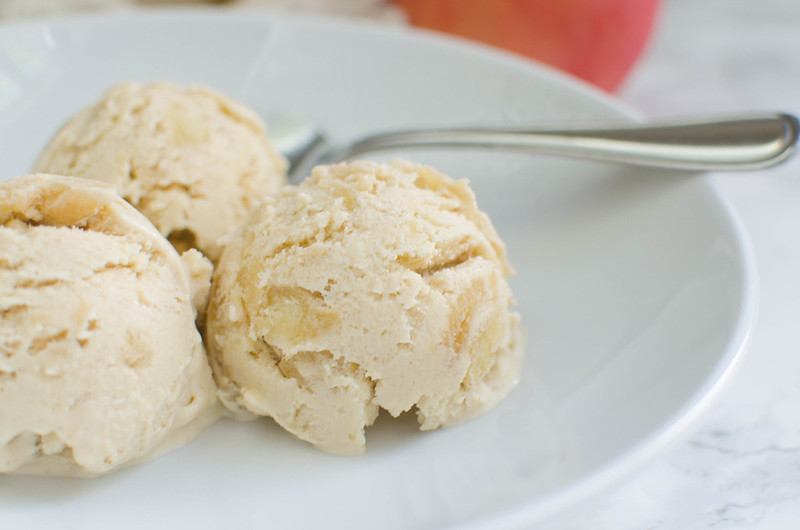 This Paleo Apple Pie Ice Cream starts like most paleo ice cream recipes: with a can of coconut milk. Don’t use the refrigerated stuff in the carton — it has to be the full-fat stuff in the can. And that is sweetened with maple syrup and flavored with just a bit of vanilla and cinnamon.

Then to make the apple pie part, you just cook a diced tart apple in a bit of coconut oil, honey, and cinnamon until the apple is super soft. After that, you just freeze the ice cream mixture in your ice cream maker and fold in the apple mixture. Let that sit in the freezer before serving and that’s it!

Paleo ice cream obviously has a different texture than dairy ice cream — it’s not going to be quite as soft and easy to scoop as the dairy stuff but if you just leave it on the counter for about 10 minutes before you try to scoop it, it will be much easier.

I don’t want to tell you how to live your life but I highly suggest making some paleo gingerbread cookies and crumbling them on top.

I’m the Paleo Fanatic over at Food Fanatic! This Paleo Apple Pie Ice Cream is one of many I’m sharing over there so make sure you check back! 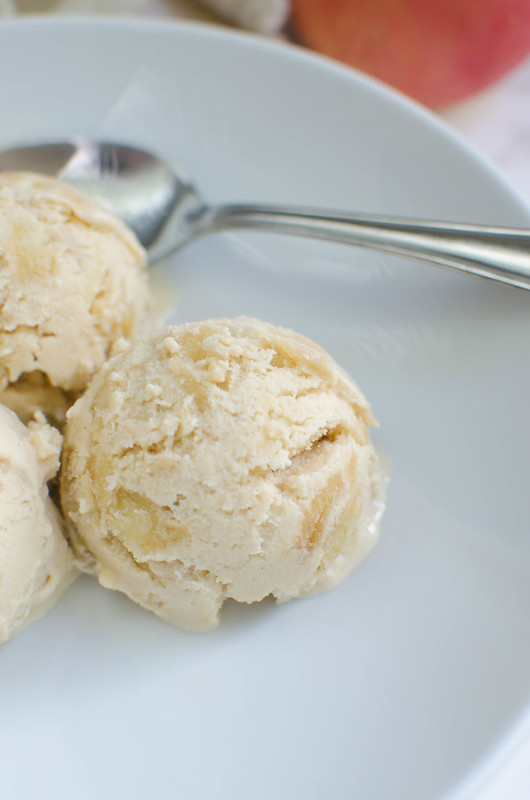