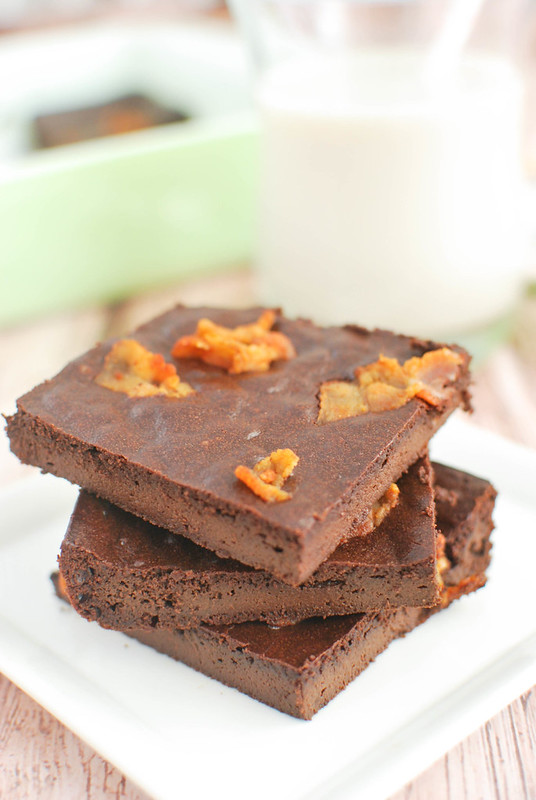 First up, I hope everyone in that gigantic storm’s path is safe and warm and hopefully just hanging out at home enjoying a day off.

Second, I turned my a/c on yesterday. Because it’s ridiculously warm plus you know I always have the oven on. It was 80 degrees in my house. Penelope (the husky) was just following me around, panting loudly. She’s not a fan.

My husband had some sort of tire flip competition yesterday morning which I didn’t know was a real thing but apparently they have to go back this morning because they made it into the finals of the bizarre tire flip competition. But anyway, he came home all muddy and hungry so I quickly made him some chicken and some Paleo Mocha-Bacon Brownies!

All my favorites! Coffee and bacon and brownies!

I have to warn you though: these are super Paleo. And by that, I mean you’ll probably only like them if you’re super Paleo. Like, if you’re used to Quest bars and Justin’s peanut butter cups (like me), you probably won’t like these. Buuuut, if you’ve managed to somehow give up sugar and be real Paleo (not like me), you will love them. They’re not bad, they’re just not super sweet like the Betty Crocker brownies that I know and love. My husband is obsessed and wouldn’t shut up about how good they are. 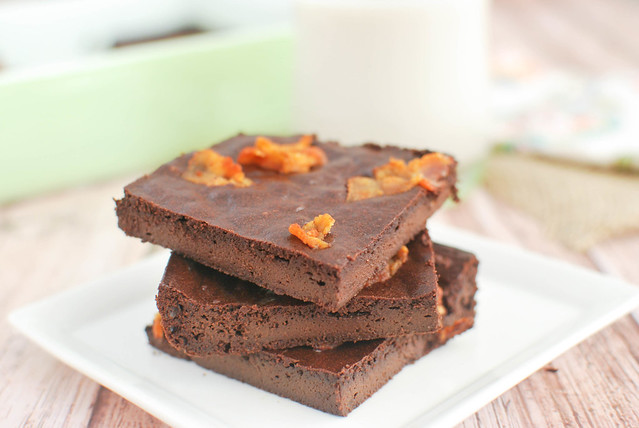