Paleo Pesto Kale Salad – delicious kale salad with lots of veggies and a paleo (and vegan!) pesto. Prep ahead for lunches and top with an egg or roasted chicken for a complete meal! 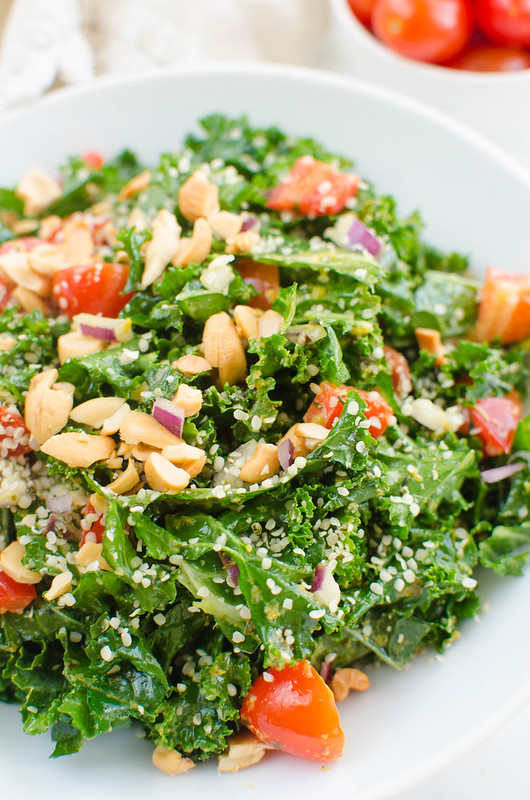 Yes, this is going to be a cookbook review for a vegan cookbook, The Edgy Veg.

And I know I’m not vegan but I love a vegan cookbook because a lot of the recipes (if you skip the processed ingredients) end up being paleo. Like this kale salad. Totally paleo, full of good stuff, and delicious as is if you are a vegan or, if you’re like me, perfect with a poached egg or a roasted chicken thigh on top.

So last Christmas break, my kids went to our hometown with their dad for, like, 3 weeks. And I didn’t know what to do with myself. So I ended up binge watching just about every video on The Edgy Veg’s youtube channel. Talked a friend into driving me to Whole Foods in Austin (I had no windows on my Jeep and it was very very very cold) and bought a ton of vegan ingredients and then we made, like, 7 recipes from their channel. 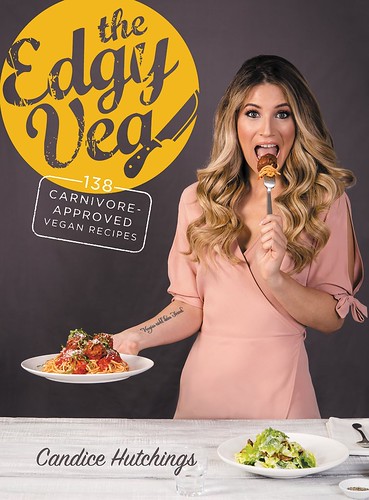 So when I saw The Edge Veg cookbook pop up? I needed it.

It’s one of the most beautiful cookbooks I own and every single recipe looks incredible. I know I’m sharing literally the most vegan food ever in this post (because the book was sent for review and they tend to include a list of recipes we can reprint) but what I love about them is that they take fast food or street food or just ryour every day junk food and turn it vegan.

There’s a poutine in the book that’s not only vegan but yeah, paleo if you switch out the cornstarch for a paleo-friendly starch.

Other things I’m dying to make from The Edgy Veg: 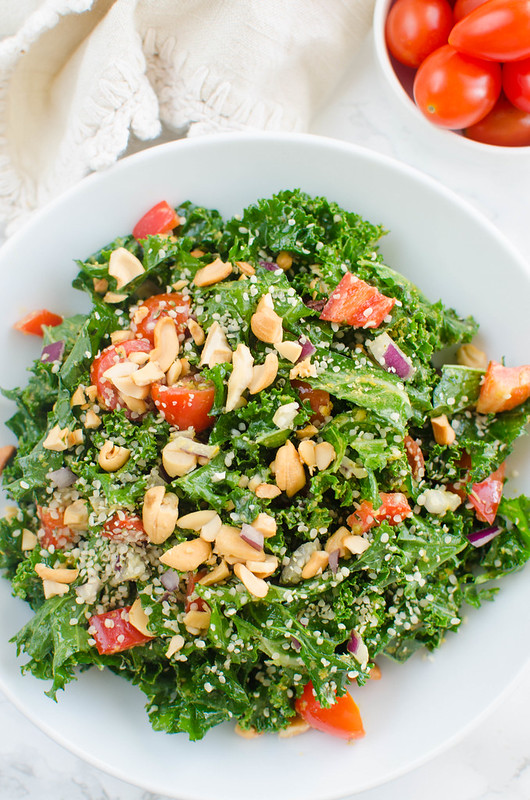 Anyway, I made this Paleo Pesto Kale Salad three times this week. I’m currently obsessed with nutritional yeast and hemp seeds and this recipe calls for both and then I added more than it called for because, as I said, I’m obsessed.

So good for you, so delicious, and you can totally make it ahead of time. The kale definitely gets better after a couple days in the fridge. But don’t add the cashews until you’re ready to serve or they’ll get soft.

Print
Paleo Pesto Kale Salad
Servings: 4 servings as side dish
Ingredients
For the "pesto":
For the salad:
Instructions