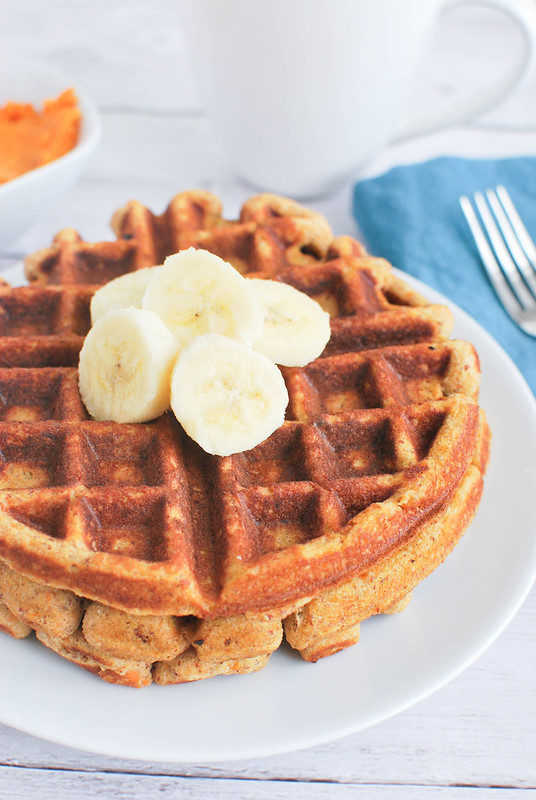 Happy Sunday! I hope you’re enjoying a lovely weekend. I’m so not looking forward to waking up early tomorrow.

I had THE BEST time on my trip! I learned so much, had the best view from my window, and stayed up waaaaaay too late complaining about Pinterest with people who understood my whining.

And now, as I write this, I’m watching episode 7 and I can’t stop. I thought it would be super cheesy but it’s so Ugly Betty-like and I am obsessed.

After days of eating whatever I want (like, I literally bought 3 candy bars in the Denver airport – whoops!), it’s time to get back to my regular semi-healthy routine.

And btw, Clementine gained a good 2 pounds while I was gone. My husband – who “doesn’t like dogs” – is obsessed with Clementine and gives her whatever she wants. And now she is quite round.

Anyway, my blogging bestie has been doing Waffle Wednesday on her blog every week which has left me craving waffles like you wouldn’t believe. And she has inspired me to try more Paleo waffle recipes!

These Paleo Sweet Potato Waffles are so delicious that I’ve made them twice in the last couple weeks. My husband and I like to cover them with Sunbutter and banana slices. 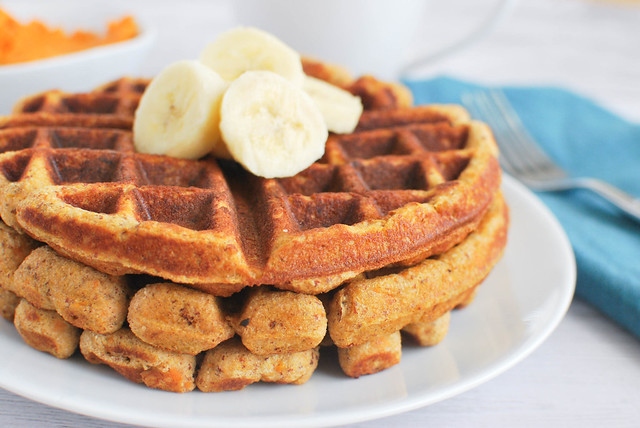 from Running to the Kitchen 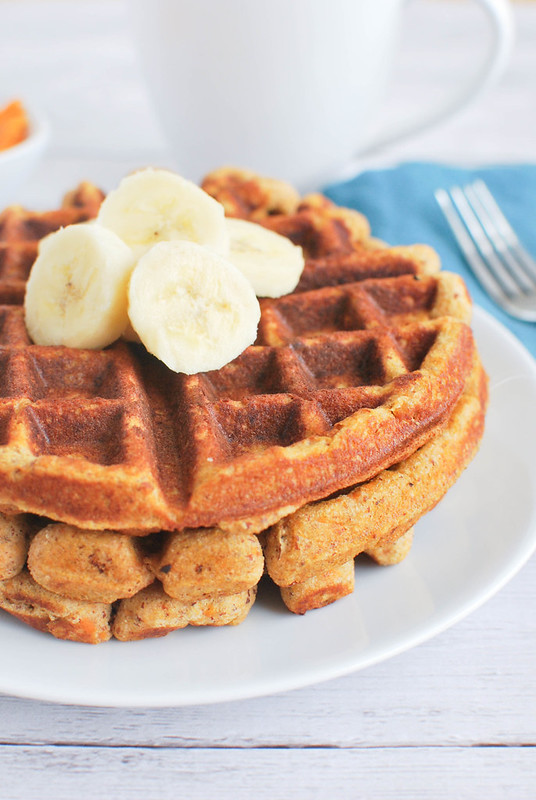