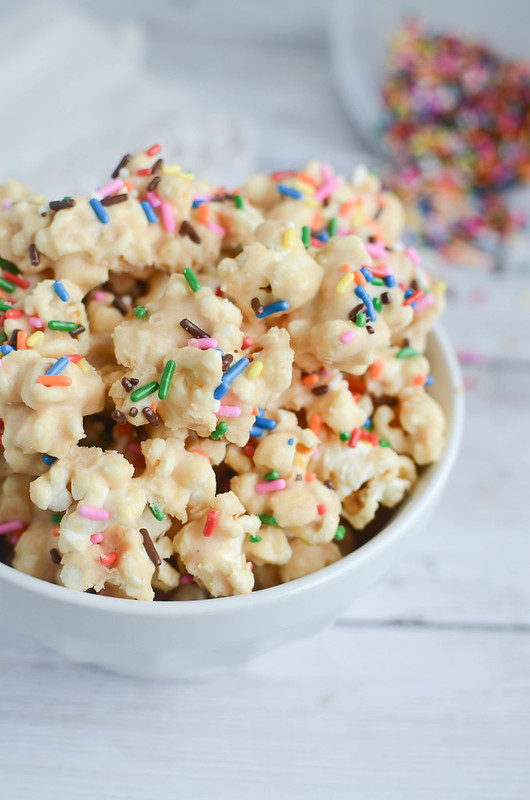 Happy Monday! I am SO ready for a fresh week. Although I’m simultaneously hating how fast summer is going. I am most definitely not ready to be getting up early for school again.

So, good news! Sofia (#schnoxie) got her cast off last Thursday! Two weeks early! Because the cast was causing these nasty sores on her leg and she kind of smelled like garbage that had been sitting in the sun for 7 weeks. She’s technically on “kennel rest” which translates to “my bed rest” because I’m that kind of person.

And the bad news. My Macbook completely died on me the same day. After a year and a half. How do you people keep macs forever?! Mine’s been dying since day 3 when it had to have it’s keyboard rebuilt. RIP Macbook.

It sadly took most of my photos from November 2013 – present with it. I took it in to Geek Squad, forked over a ridiculous amount of money for them to recover 15k photos and then got the dreaded call that the harddrive was unreadable.

I’d been working on uploading all my photos to the cloud storage I use but that dang computer was just so slow. Gahhhhh.

Anyway, I lost my next 5 blog post photos so I’m starting from scratch. Kind of. This is one of the posts I lost buuuuuut I was happy to remake it!

I don’t love popcorn. It’s just not my thing. Unless it’s covered in something! I can eat BOXES of that caramel popcorn with nuts. And I looooove those Christmas tins of popcorn – but only the cheese and caramel sections.

So of course I love this Peanut Butter Party Popcorn since it’s coated in a mixture of white chocolate chips and peanut butter chips with vanilla instant pudding mixed in. And then it’s all covered in sprinkles because everything is better with sprinkles! 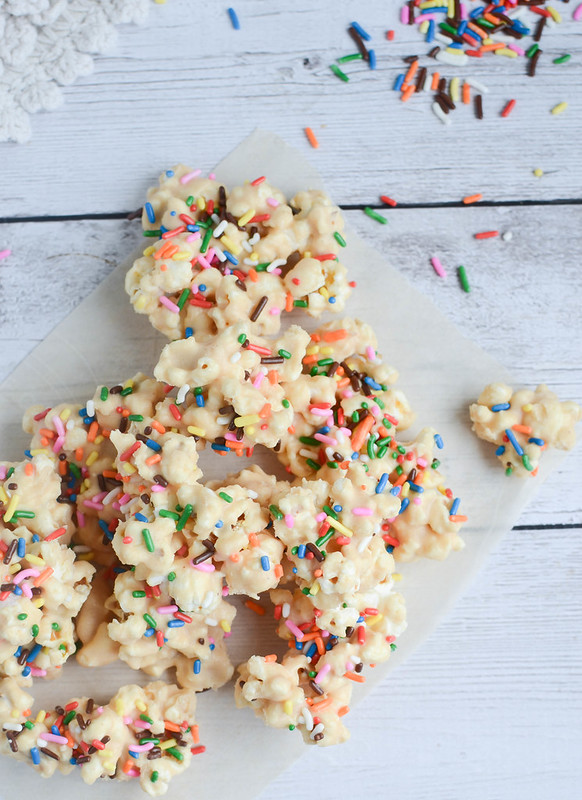 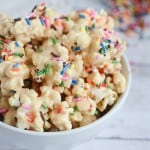 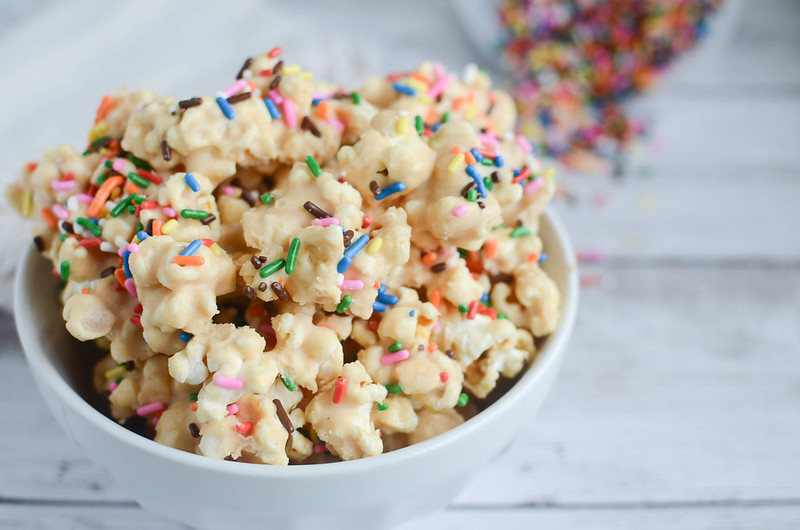