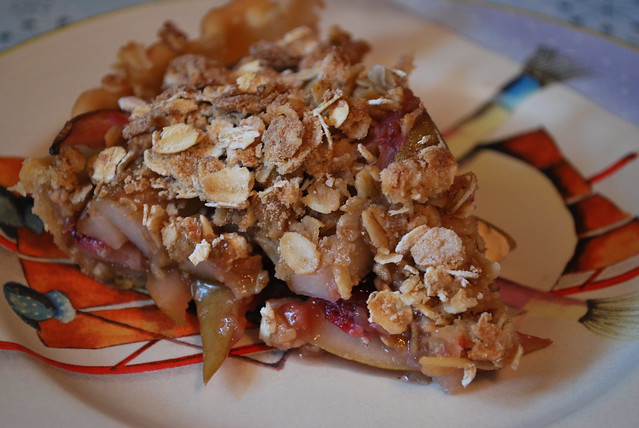 I know, I know, more cranberries. I just can’t help myself though! The combination of pears and cranberries was too good to pass up.

The pie was very simple and would be perfect on any holiday dessert buffet. The oatmeal streusel topping is a nice change from a double crust fruit pie. The brown sugar and ginger (I know, I hate ginger but a little powdered ginger doesn’t bother me too much) in the topping was a perfect match with the pears and cranberries.

One thing though, if I was to make this again, I’d cook the pears with the cranberries. They were a little too crunchy for me but it could’ve been that my pears just weren’t ripe enough. Also, I used fresh cranberries in the pie but I’m sure dried would be fine. I would just use more water and less sugar. 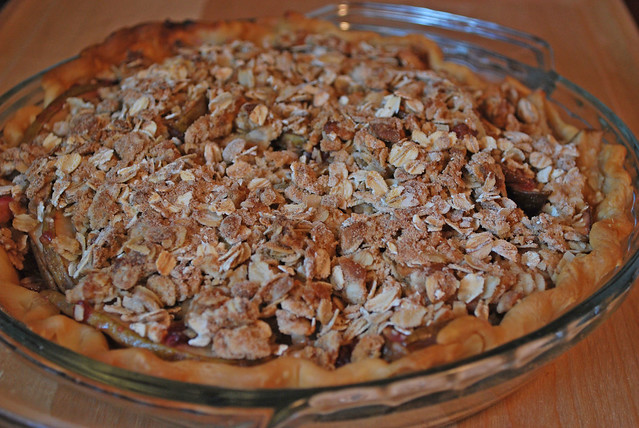