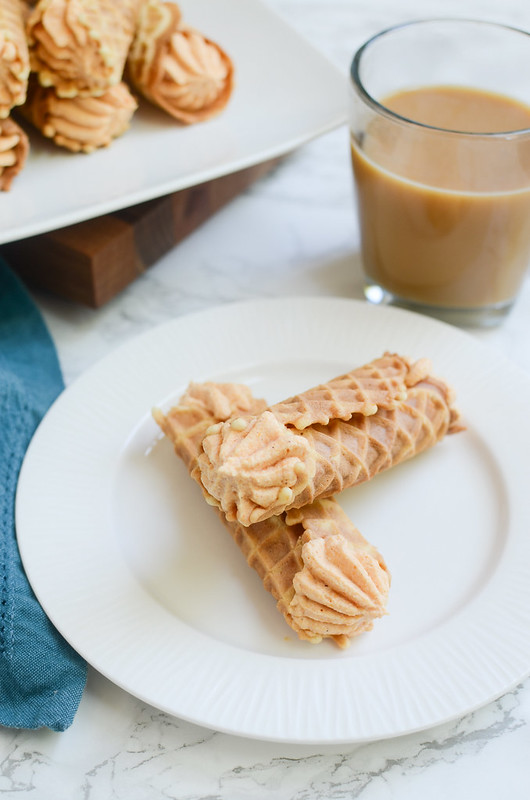 My Aunt Micki gave me her pizzelle maker last year and I’ve been waiting and waiting for Christmas to roll around to use it. Pizzelle’s just scream Christmas to me, but then I thought of this idea – cannoli made with pizzelle cookies instead of the deep-fried dough they’re traditionally made with! And instead the normal sweetened ricotta mixture? Pumpkin ricotta mixture!

I’ve always avoided cannoli because they just seem so heavy. You know, ricotta is pretty heavy on it’s on but mixed with sugar it seems even heavier. Well, for these, the filling has some freshly whipped cream folded in so it’s light and fluffy and delicious. I don’t even like ricotta but this was delicious! 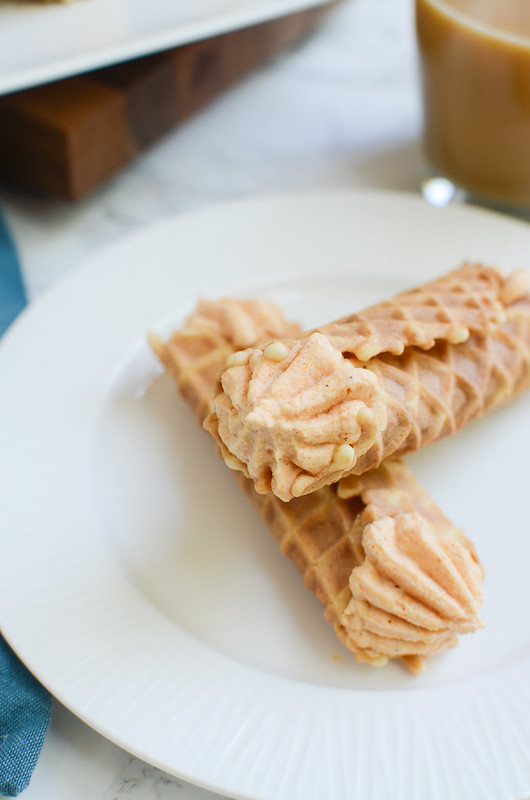 How To Make Pumpkin Pizzelle Cannoli

You don’t need cannoli tubes for these guys – you just have to go searching through your kitchen for something to wrap the cookies around when they come off the iron!

I wound up using the end of ladle but I also tried out a thin jam jar and it worked out fine. You have to roll them VERY quickly (like start rolling as you’re pulling them off the iron) or they break so I recommend on working with one at a time even if your pizzelle maker has spaces for 2.

Make sure you cool the cookies completely before filling with the pumpkin ricotta mixture.

Can You Make Pumpkin Pizzelle Cannoli Ahead of Time?

You can do the separate parts of time. So make the cookies and make the pumpkin ricotta filling but don’t fill your cookies until you are ready to serve. The cookies will soften up too much if you try to fill them ahead of time. And you don’t want your cannoli falling apart! 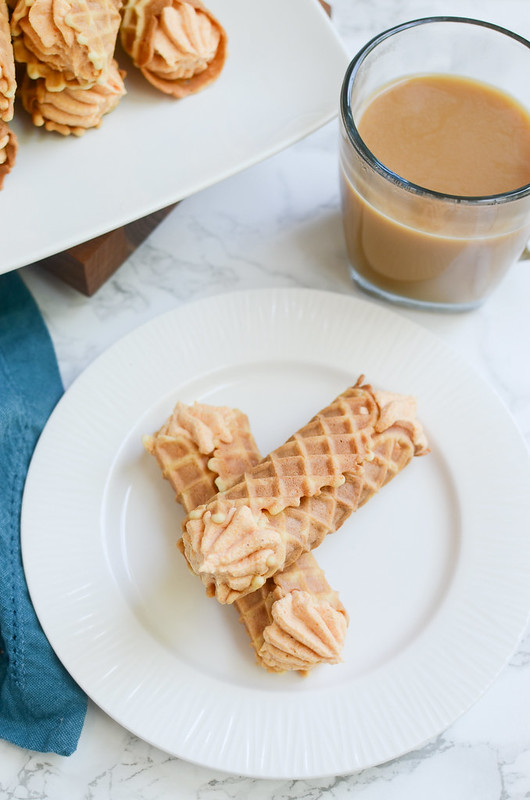 Pumpkin Roll Bars – the classic pumpkin roll but without all the work! Pumpkin cake bars with a sweetened cream cheese swirl.

Pumpkin Crumble Cake – pumpkin cake that starts with a yellow cake mix so it’s super easy! And it’s topped with the most delicious crumble.