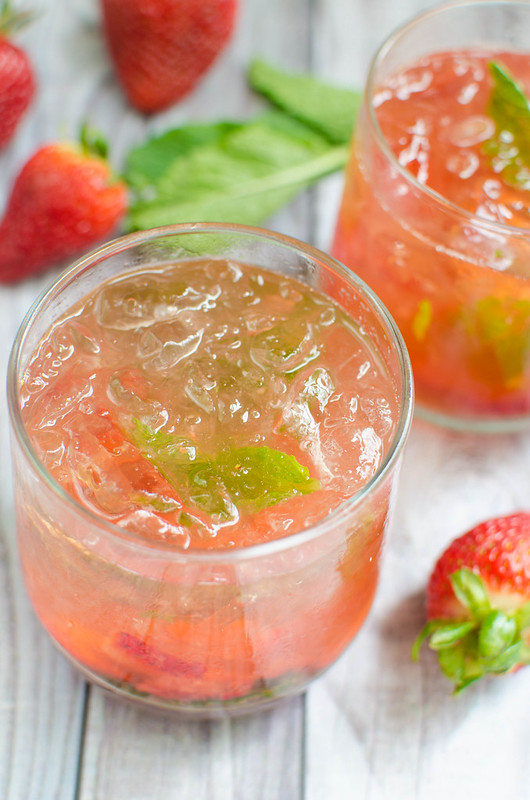 This week flew by. The month flew by actually. How is May almost over?!

My kids’ last day of school is next week and I’m gonna be real honest with you, I have no clue where they’re going to school next year. Like, I don’t even know what state they’re to go to school in. That’s where my life is right now.

So the end of the school year is exciting because you know I love summer and all the fun that comes along with it but it’s also super stressful because… I really just need someone to figure out my entire life for me so I don’t have to make any more decisions.

END_OF_DOCUMENT_TOKEN_TO_BE_REPLACED 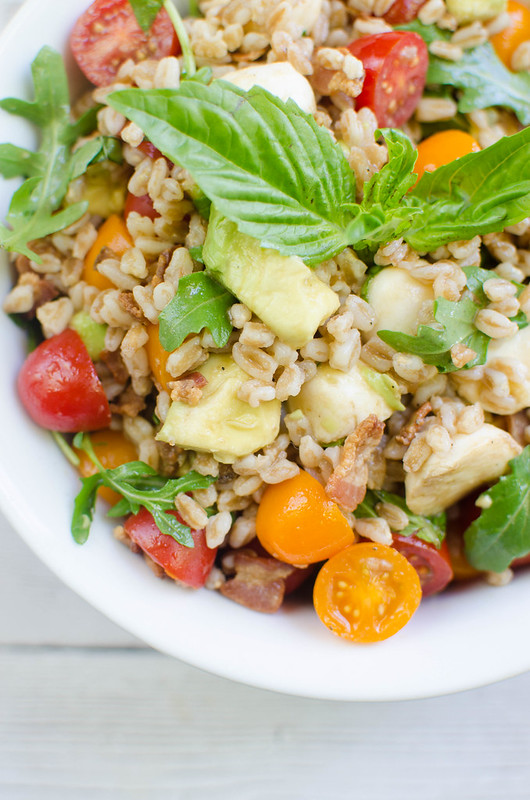 How was the weekend? I stuck to my plan of dog park and not leaving the house again except to get a Lunchable yesterday because for whatever reason, I couldn’t stop thinking about stacking crackers, turkey, and processed cheese on top of each other.

Judge me if you must.

I did make marshmallows, though. Also had a full-on meltdown in front of my neighbors when I realized my kid had used all the cocoa powder and all I wanted was chocolate marshmallows. I’m a fun friend to have.

END_OF_DOCUMENT_TOKEN_TO_BE_REPLACED 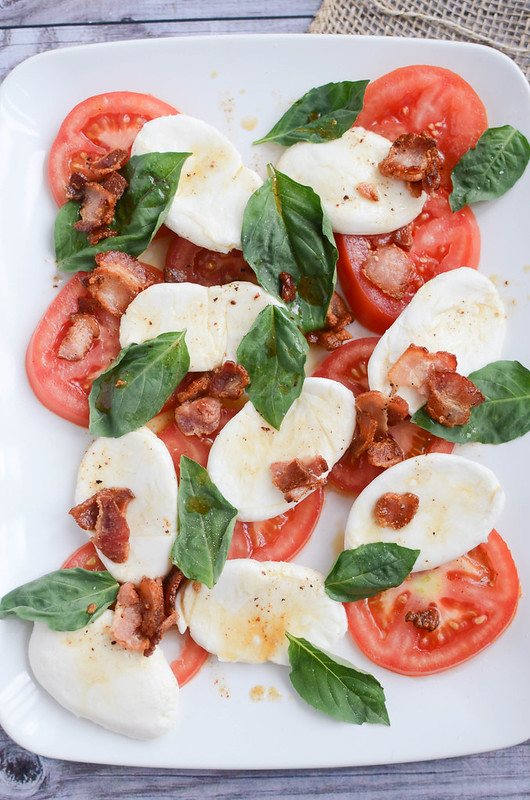 Yesterday I mentioned that our summer had been nutso but didn’t really tell you why.

So now we’re going to talk about Hurricane Sofia.

Less than two weeks after we adopted her, she broke her leg. Having a dog with a broken leg is, like, one of the most horrible things ever.

And no matter how many times the vet says, “It happens! Puppies are just like little kids – they break their limbs!”, I still cry “I’M AFRAID HER SPIRIT IS BROKEN!” every time we go in there.

Which, if you follow me anywhere, you know is a lot.

This is only the 3rd week of having a cast.

She ate the first one. She also ate the cone I put on her to keep her from eating it.

While she was at the vet to replace the one that fell off, she chewed up the 3rd cast before they could get a cone her on. So they put another on.

And then she needed a bigger size last week.

The ironic part is that I totally sold my husband on the idea of another puppy by saying “We only have to pay the adoption fee! She’s already fixed and everything! She will be so cheap!”

So that’s taken up a good portion of the summer. I’ve seen the vet here more in 2 months than I saw our vet in Colorado in 4 years.

END_OF_DOCUMENT_TOKEN_TO_BE_REPLACED 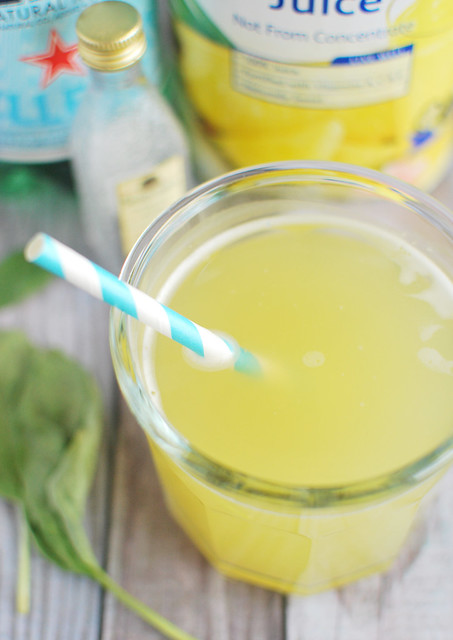 With summer basically upon us, has your drink of choice changed?

I was all about the wine during fall and winter but now I want nothing but homemade fruity cocktails! And the occasional strawberry ale when I’m feeling too lazy to mix something up.

I’ve been obsessed with pineapple lately too. It’s so bad that when my store is out of the sliced fresh stuff (I’m lazy, remember?), I’ll buy the canned pineapple and put it on my salads. It’s really weird because I’ve never been a fan of pineapple.

Whatever, we’re going with it.

I made this cocktail over the weekend after a hike and a Target trip with all three kids. You just need a cocktail after that. Even if it’s only 1 pm.

For these guys, you make a syrup with water, sugar, and pineapple juice. And then you steep fresh basil leaves in the syrup. I know, pineapple and basil? But it works! I typically find pineapple juice waaaay too sweet but with the basil and then the gin, it was great. Perfect (kiddie) poolside drink! 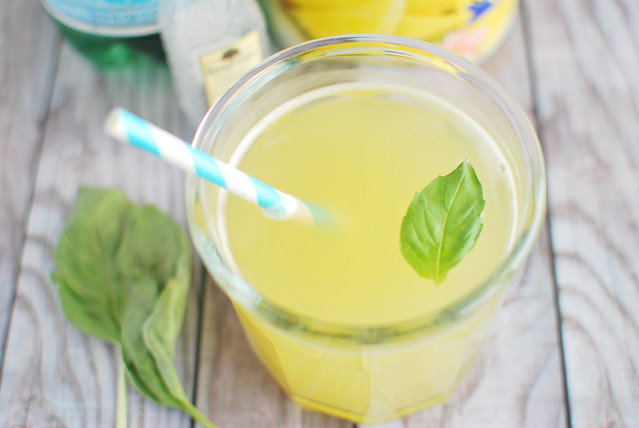 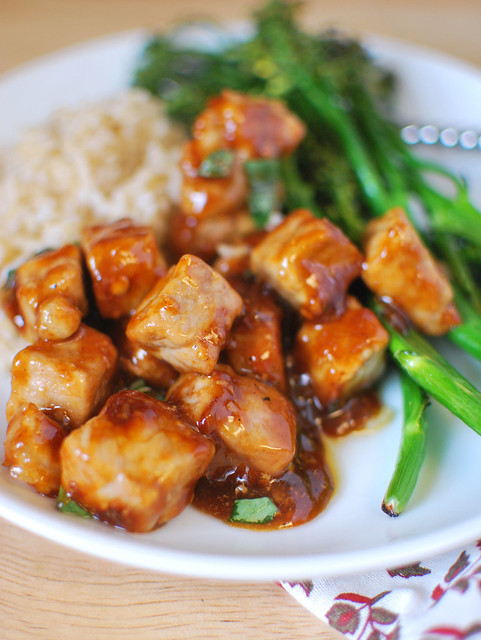 I realized recently that 1 pound of meat just isn’t going to work as dinner any longer in this house. Three growing boys plus a husband means this girl has been skipping dinner more often than not just because there isn’t enough! It usually doesn’t bother me but when I make something delicious and barely get a bite before it’s all gone, I get sad. And this meal made me sad.

You guys, it’s so good. I know the ingredient list looks like nothing special but I’m pretty sure I could’ve eaten this 5 days in a row without complaint. Y’all know I love pork and this pork was just spicy enough and had all my favorite Asian flavors. I’ve been hoarding recipes that call for Thai basil forever now because I’ve never seen in it stores but with my new herb gardenÂ I finally have access to Thai basil! Honestly, I’m not sure I could tell a difference between it and regular basil but it was fun to use it.

This pork is also incredibly quick to cook so it makes a perfect weeknight dinner. 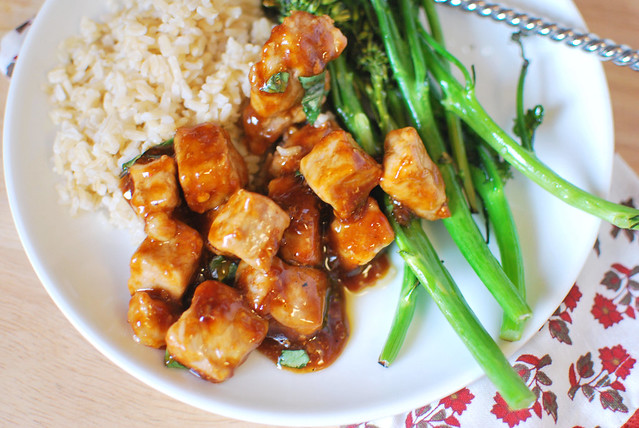 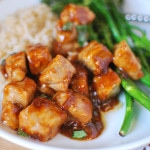