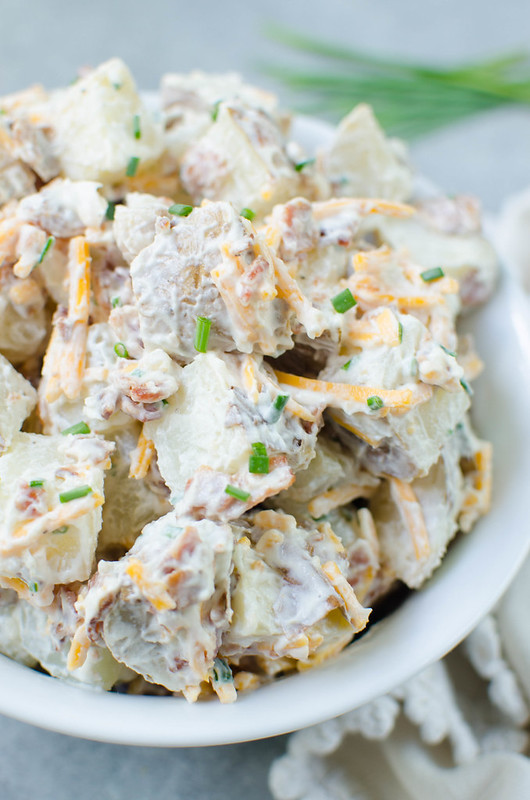 “Why, Amanda, is this the only potato salad on your site?”

You guys, I’m so bad at boiling potatoes for potato salad. They either end up undercooked or so mushy that they practically turn to mashed potatoes.

This Baked Potato Salad is my answer to that problem because the potatoes are baked instead of boiled. And then they’re diced up and tossed with crispy bacon, shredded cheddar cheese, fresh chives, and a sour cream dressing.