Our trip on the train to the top of Pikes Peak and a stop at The Airplane Restaurant in Colorado Springs. 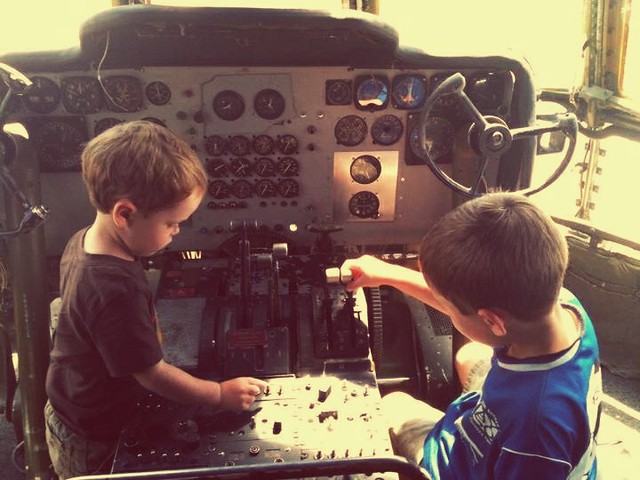 Yesterday I told y’all that my mom was here last week, right? We visited The Airplane Restaurant and also went to the top of Pikes Peak. We took the Pikes Peak Cog Railway because I am a scaredy cat when it comes to driving on mountain roads.

Plus, we figured the kids would like the train better than riding in a car anyway. 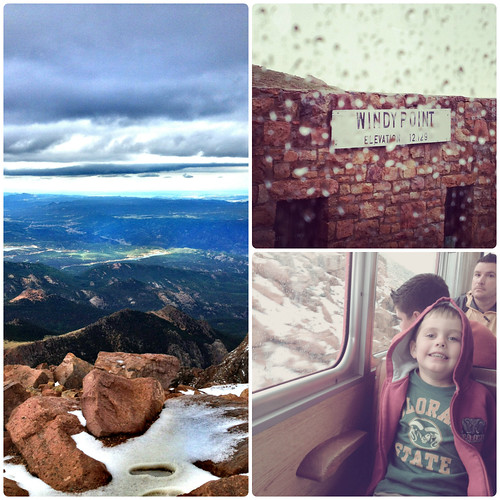 The Train to Pikes Peak

The train was so much fun!

The ride was about an hour and 15 minutes each way and they allowed us about 40 minutes at the top of the mountain. They have great views (duh), a cafe, and a giftshop at the top.

And you must get a “world famous” doughnut because they are the only doughnuts made at that high of an elevation.

Pikes Peak is at 14,110 feet so the air is pretty thin up there. The baby cried at one point in the cafe and his lips turned completely blue. Talk about being freaked out!

A little tip: take snacks! The website is going to tell you that you’re not allowed to but our conductor said it was fine. I’m not sure my kids would’ve survived without the stash of Nutrigrain bars in my purse!

And yeah, that IS snow. Which apparently isn’t very common in July, even on Pikes Peak. We just lucked out! 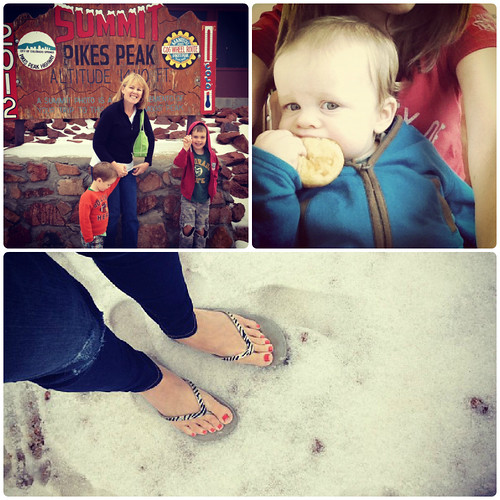 If you have the chance to head to Pikes Peak, definitely do it! But wear real shoes because even when it’s not supposed to snow, it just might. 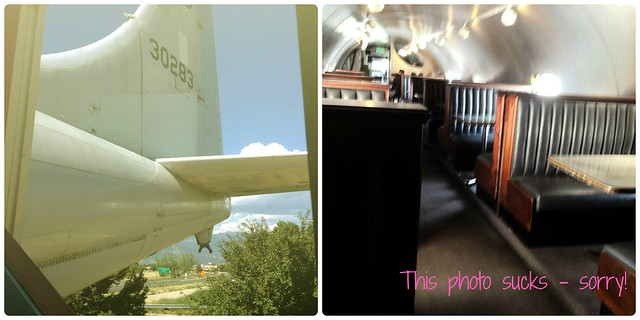 And now the real purpose of this post: The Airplane Restaurant!

The Airplane Restaurant is quite literally a restaurant in an airplane. The airplane is attached to the actual restaurant but from what we saw, most people opt to eat in the plane – and why wouldn’t you?! The cockpit is even open for anyone who wants to go sit and mess around with the controls.

My kids loved it! They would sit for a minute and then go back to the cockpit to play, back to sit, back to play. 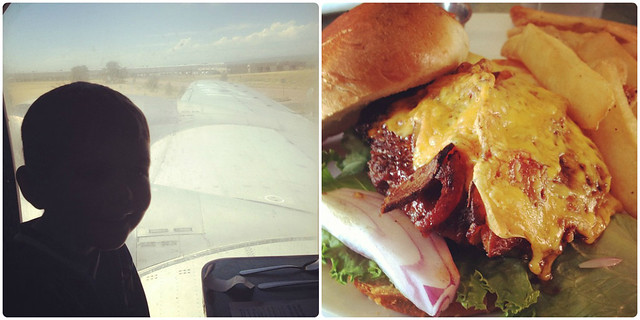 (We sat right on the wing!)

The food was really good too! I ordered the BBQ Bomber Burger and it was awesome. Huge and cheesy and bacon-y. And they have sweet potato fries which is the fastest way for a restaurant to win my affection! (They do a “sticky sauce” with the sweet potato fries but order that on the side because it’s ridiculously sweet.)

If you are ever in the Colorado Springs area, take your kids, take your husband, take your grandma! I think it’s great fun for all ages. 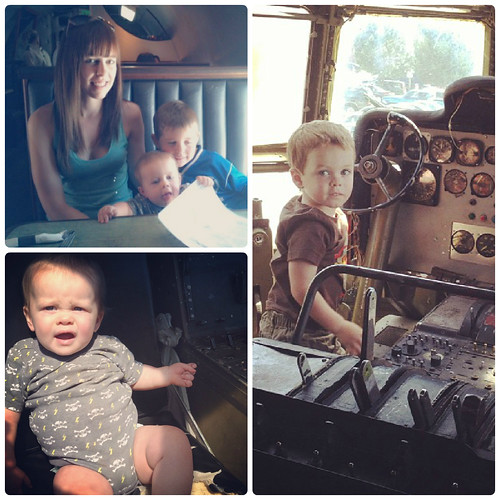