Cranberry Meatballs – like the classic grape jelly meatballs but made with cranberry sauce for the perfect holiday appetizer! Made in the crockpot, only 3 ingredients! 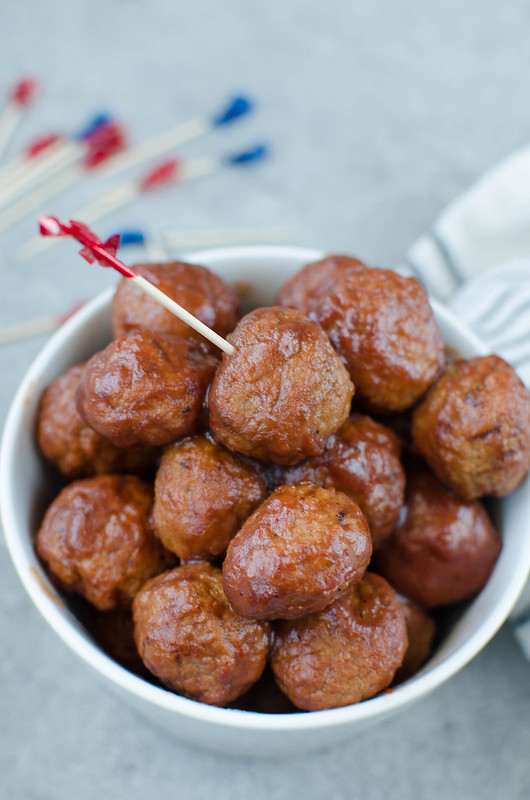 Hi guys, today I am updating an old post (from 2011! How have I been on the internet that long?!) for Cranberry Meatballs that had terrible pictures because I thought about this recipe the other day and remembered how much I love it.

Slow Cooker Cranberry Meatballs are the perfect holiday appetier and so easy. Only 3 ingredients and cooked in the slow cooker!

If you are looking for other holiday appetizer recipes, I recommend my Cranberry Brie Bites and Spinach and Artichoke Stuffed Mushrooms.

END_OF_DOCUMENT_TOKEN_TO_BE_REPLACED

Doing a paleo meal prep? These Paleo Pizza Turkey Meatballs are easy, flavorful, and full of veggies! Serve with zucchini noodles and paleo-friendly pasta sauce for a quick, comforting dinner. 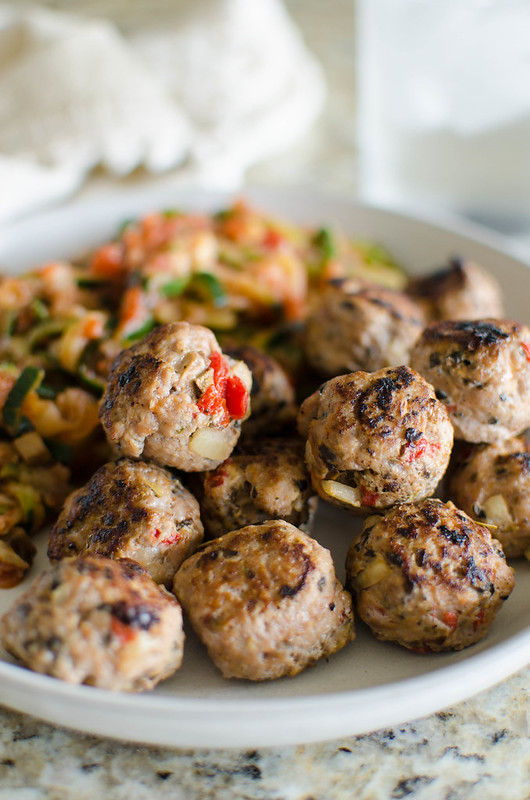 Can I tell you how happy I am for the holidays to be over and to get back to regular life? I like my routines and the holidays have them all sorts of messed up.

Kids go back to school next week and then I’ll officially be back to normal life. I can’t wait to drop them off and then wander around the grocery store alone.

With no one asking for anything.

I’m also ready to not have tins of cookies and fudge hanging around the house at all times.

END_OF_DOCUMENT_TOKEN_TO_BE_REPLACED

This is a sponsored post written by me on behalf of Cooked Perfect® Fresh Meatballs for IZEA. All opinions are 100% mine.

Quick and easy dinners don’t have to be boring! Korean BBQ Meatball Lettuce Wraps are ready in about 20 minutes and the whole family will love them! 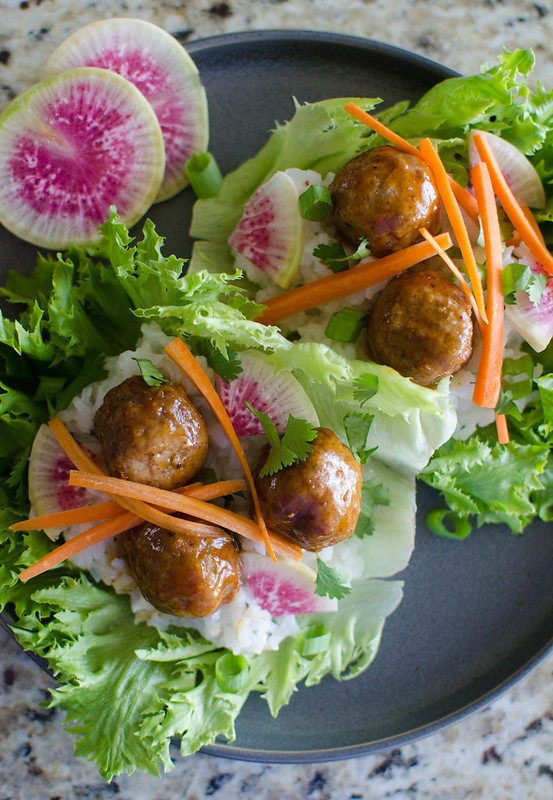 Hi guys. I’m going to share my current obsession with you today.

You know how much I love all things Korean bbq, right?

Like, if I absolutely had to pick my favorite food – we’re talking last meal here – it would be Korean bbq.

I’ve even got my kids hooked on it which on one hand is good but on the other? I don’t wanna share my bulgogi fries with anyone! Not even my own children.

END_OF_DOCUMENT_TOKEN_TO_BE_REPLACED 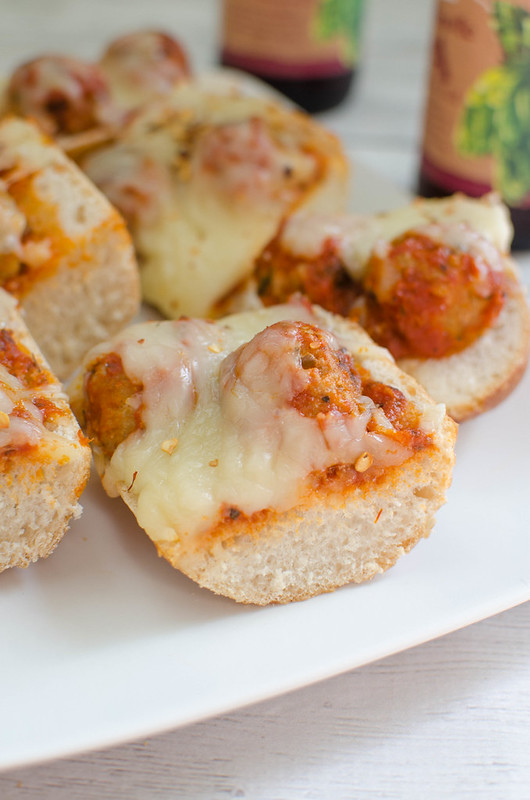 Do you guys do pizza on Friday night? We usually do but we’ve been off our usual routine this summer and I’m trying to get back into it. School starts in, like, a week and a half here. Ugh.

I took them school shopping the other day. I don’t wanna talk about it.

Our babysitter got my oldest kiddo really into cooking a few months ago. Like, I would come home at night and find pancakes in the fridge for the next morning or brownies on the counter with a note that said they were just for me. Every time I went out, they would make something together.

So now, he really enjoys being in charge of pizza night. He loves for me to buy the pizza dough from Trader Joe’s or French bread for pizzas like this Meatball French Bread Pizza.

END_OF_DOCUMENT_TOKEN_TO_BE_REPLACED 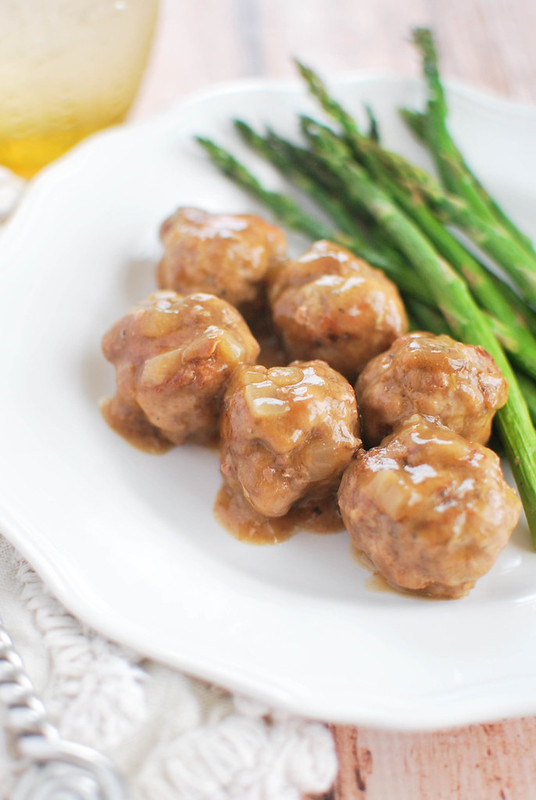 This is the week that will never end.

I swear, the short weeks are the worst. Especially since we’re snowy and for whatever reason, school hasn’t been canceled or even delayed. Yesterday all of Fort Carson was on a “phased arrival for non-mission essential” whatever but the kids still had to be at school bright and early.

Lucky for me, I have one kid that goes to a school within walking distance. So he’ll either walk with his friends or I’ll walk with him. But then the other one’s preschool is a good drive away. So I called the secretary yesterday morning and said, “I’m not driving in this.”

And I said, “My kid’s not coming to school.”

So. We skipped preschool yesterday. Rebels.

At least I called, right?

A few weeks ago, when we made our family trip to IKEA, I tortured my husband (who is doing a strict Paleo diet) by pointing out every sign for their Swedish meatballs. Neither of us have ever tried the meatballs but the pictures were enough to make us both sad that we couldn’t have any.

And I’m not gonna lie, I’ve been thinking about them ever since.

So I made these Paleo ones which really wasn’t that hard since meatballs are just balls of meat. So pretty much Paleo to begin with. There’s no bread crumbs or anything like that but they have a great texture regardless. And the sauce has coconut milk instead of sour cream or regular cream or whatever typically goes into Swedish meatballs.

If I put these in front of you and left out the fact that they’re Paleo, you’d never know. You get no hint of the coconut milk. They really taste like traditional Swedish meatballs. And you could totally mash or rice some cauliflower so you have something to absorb all that delicious sauce. 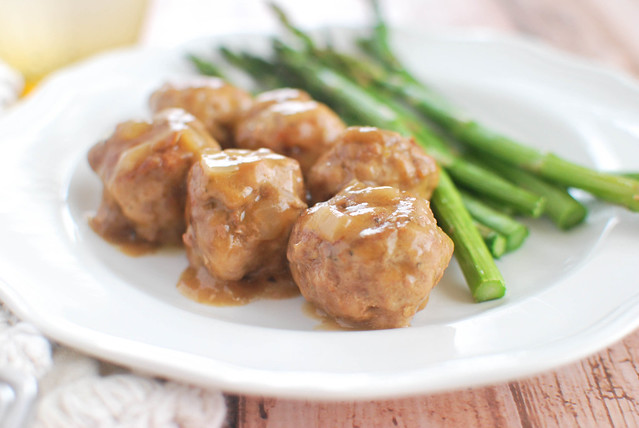