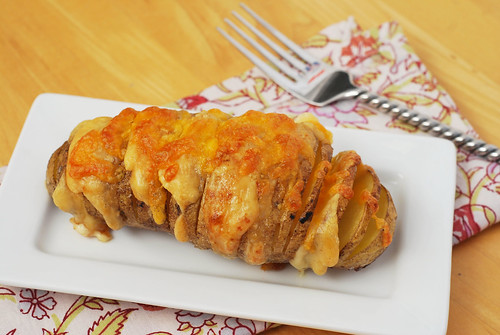 Are you looking for a way to jazz up the potatoes that will be gracing your Thanksgiving table? I have the most amazing recipe for you right here!

I am so in love with these potatoes! It’s like french fries on crack – crunchy around the edges and soft on the inside and oh my gosh, the cheese! I cannot imagine a more perfect potato! I guarantee this would wow anyone around your table! 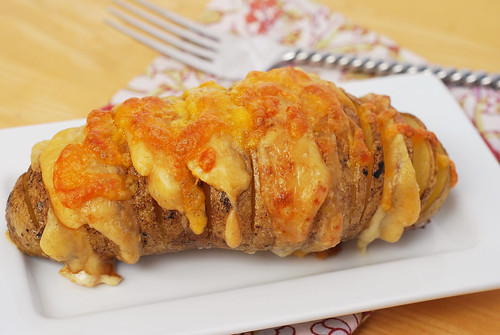 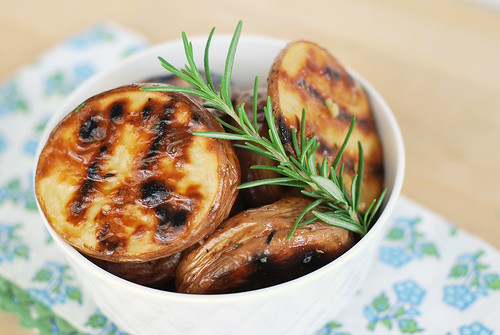 I am totally cheating with this post because my husband did all the work. I pulled the recipe out of a magazine and that was it. He did the chopping, the grilling, everything! But they turned out so delicious that I just had to share.

I am not at all familiar with grill talk so forgive me if you have to translate the recipe â€“ I knew his â€œI just put them on the grill while I cooked the chickenâ€ wouldnâ€™t fly though. ;)

Like I said, they turned out so delicious. The outsides were so crisp but the insides were as soft as mashed potatoes.

Most grilled potato recipes I came across called for the potatoes to be boiled beforehand but out of sheer laziness in an effort to save a pot, we grilled them the entire time. If you want to boil them, boil until they are just about ready to be served and then throw them on the grill just to get the marks. 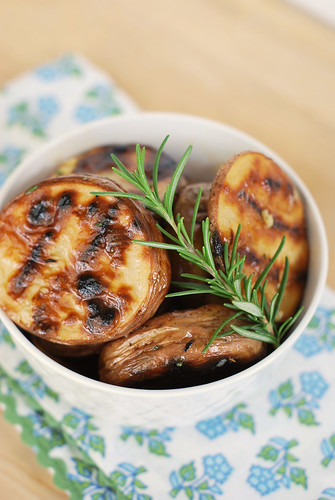 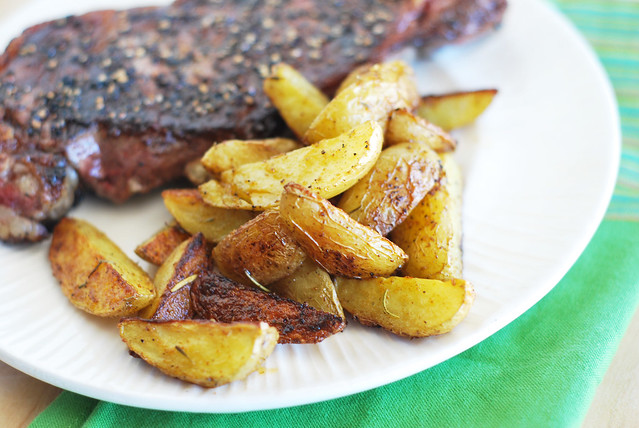 These potatoes are my new favorite thing. I would eat these every single day for the rest of my life if I could. They’re slightly spicy with a crisp outside and pillow-y soft inside. Perfection in the form of a potato, pretty much.

I think this was the first time I’ve roasted the yukon golds and I have to say, they definitely make the best potato wedges. There’s something different about their texture that just makes them almost melt in your mouth once roasted. If your store doesn’t have the yukon golds (my store seems to run out of them quickly), the little red potatoes would be almost as good.

Be prepared to lose control around these wedges. They are addictive! 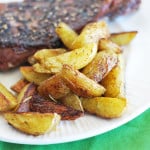 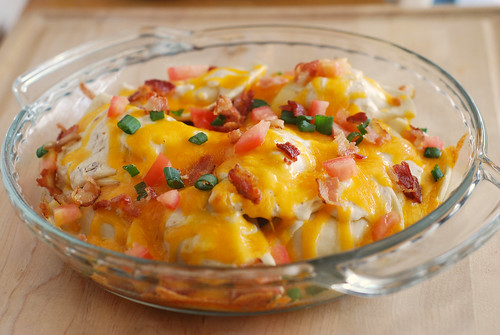 I didn’t want to post this recipe. I am almost embarrassed but holy cow, its delicious!

If you’ve never had a pierogi (I hadn’t before this dish), it’s basically mashed potatoes inside pasta (and you can find them in the frozen section of any grocery store). With this dish, you take those pierogies and top them with a cream cheese sauce and cheddar cheese. You bake until bubbly and then sprinkle crispy bacon, fresh tomato, and green onions on top. It’s like cheese fries that require a fork!

My kids gobbled this one up so I felt I owed it to you guys to post it. The best part is that it took almost no time to prepare! 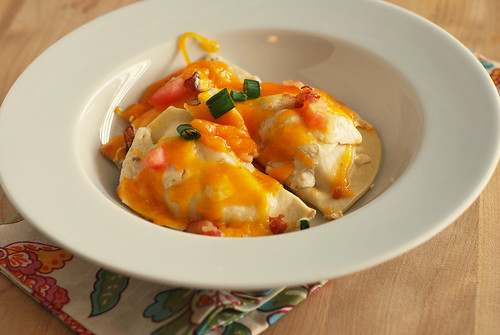