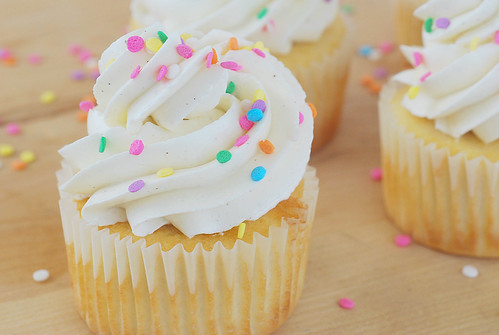 Cupcakes have been mostly absent from my life (and my blog!) since we made the move from sea level to 6000 feet. Sad story, right? I just can’t get them right. I’ve had decent luck with cakes and quick breads but the secret to perfect high-altitude cupcakes has eluded me until now.

The problem with baking at high elevation is that your leavening agents react insanely quick up here. Like, you’re making a batch of cupcakes, turn your back for 10 seconds to get a different spatula and your batter rises an inch. Seriously, it’s that fast. So you have to raise the oven temperature to set the batter before it expands too much, decrease leaveners, perhaps add an extra egg, add extra flour… it’s all very confusing. And these remedies come with side effects – raising the over temperature not only sets the batter, it also gives you burnt cupcake tops with undercooked middles sometimes. Like I said, confusing.

But I finally found a recipe that adapted really well. And now here’s where I’m at: high-altitude baking applies to a very small percentage of my readers. So do I share the original recipe with notes on how to adapt? I’m assuming that since it adapted well to high-altitude baking that it’s probably a pretty good recipe to begin with. What do we think? 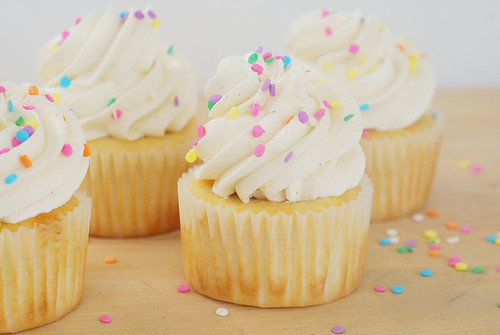 So about the cupcakes? They were so good! I love the white cupcakes from boxed mixes and these turned out even better than those. And the buttercream is so fantastic! It’s made by cooking egg whites in a double boiler and then beating them to stick peaks so it’s an entirely different texture than buttercreams made with just butter. It’s silky and rich and I considered spreading it on toast for breakfast this morning.

If you don’t have vanilla beans, just add vanilla. Although I do recommend picking up some clear vanilla because the regular vanilla extract will tint it. And sprinkles are a must. 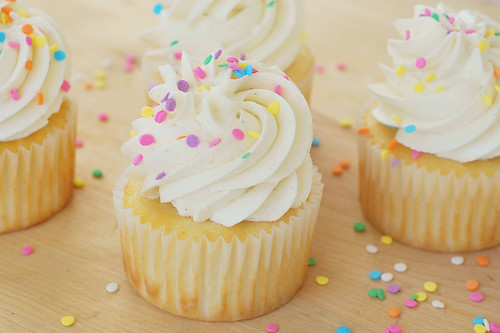 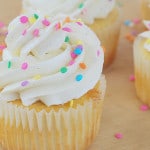 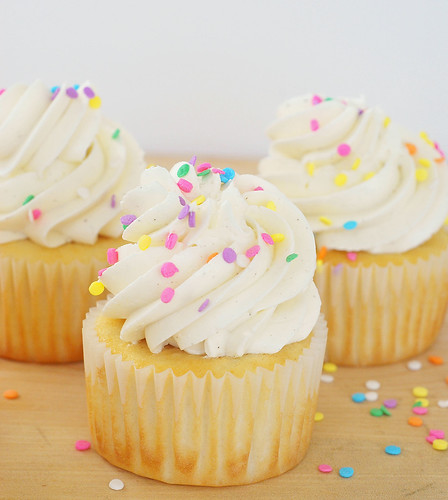 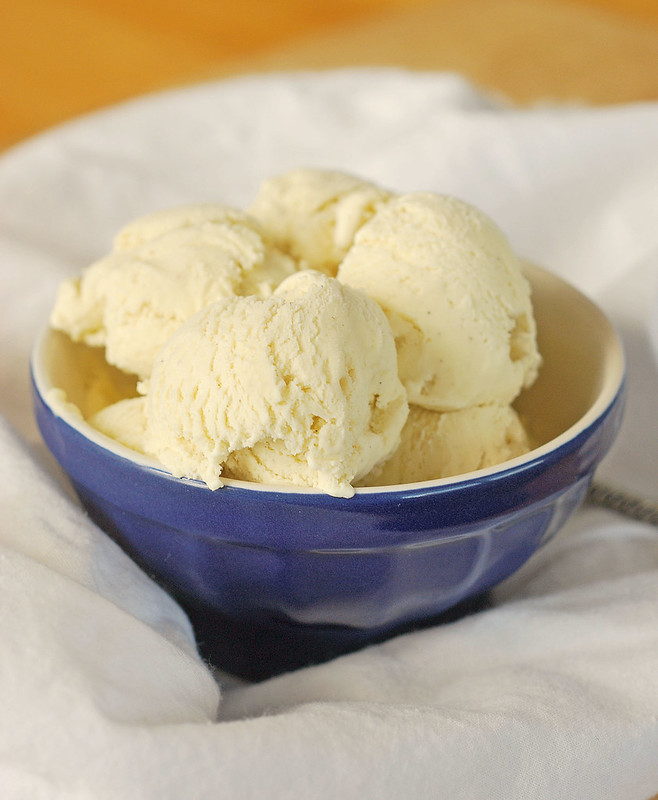 I need my ice cream to start with cream, eggs, and sugar.

This Homemade Vanilla Bean Ice Cream is probably my favorite ice cream recipe because it’s so simple and just so pretty with the vanilla bean flecks throughout.

If you are more of a chocolate person, my Chocolate Ganache Ice Cream is incredible! And I don’t usually like chocolate ice cream. 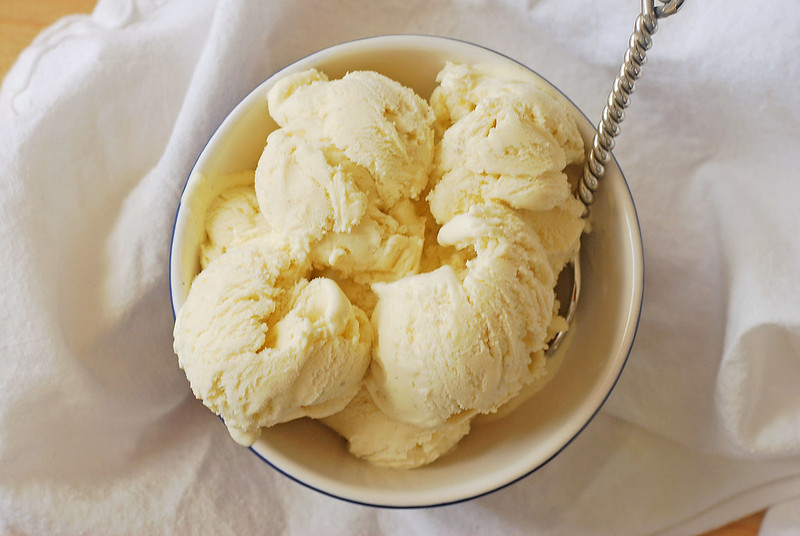 Vanilla Bean Ice Cream is so simple and requires just the most basic ice cream ingredients. 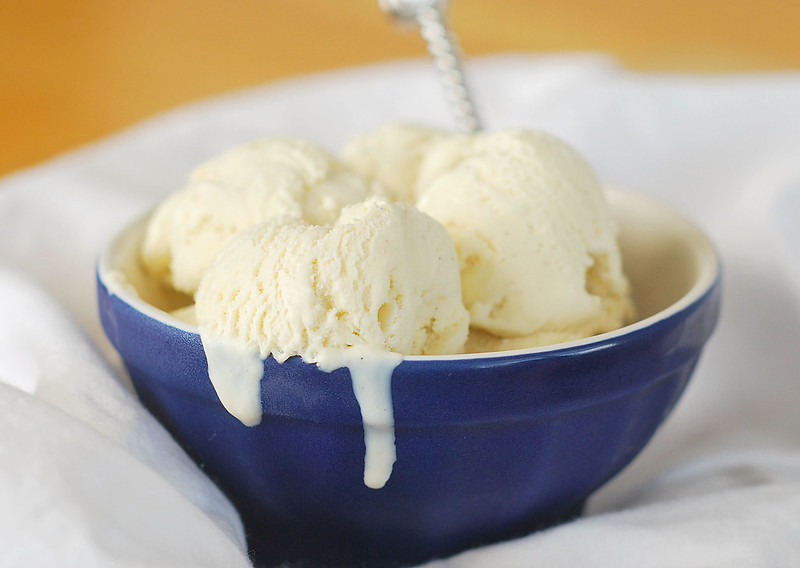 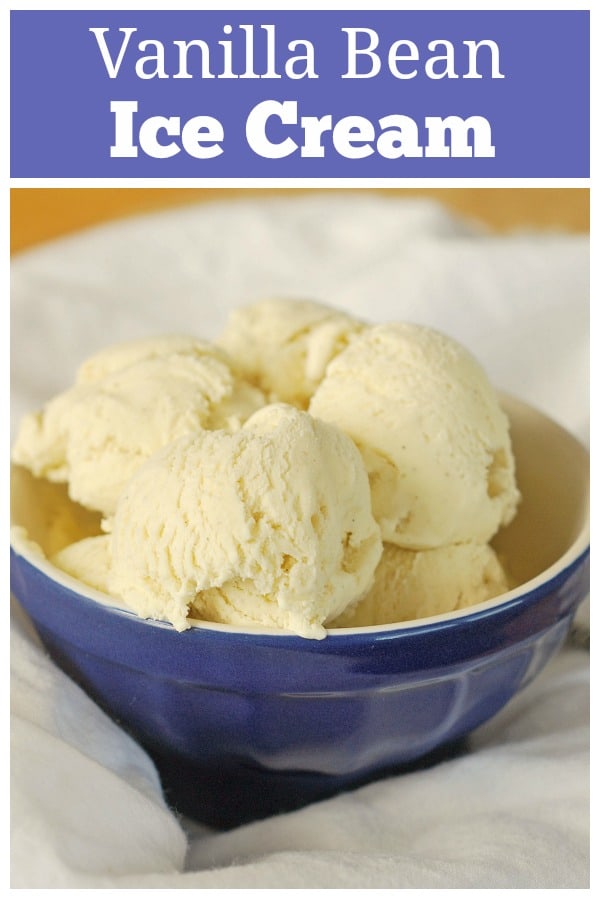