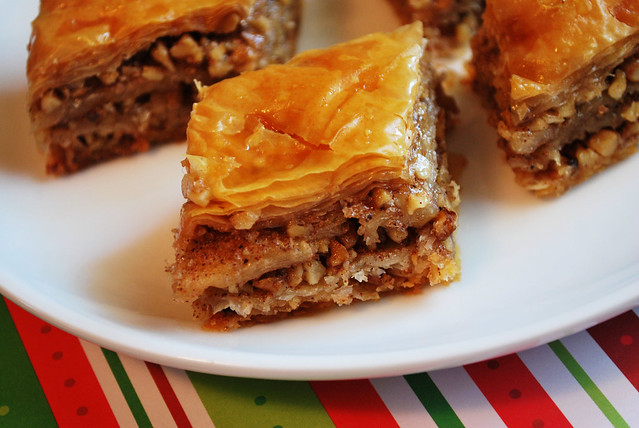 I don’t know if baklava is typically considered a holiday goodie but it’s always been one in my mind. My mom told me once many years ago that she only makes it around the holidays because it’s such a pain in the butt.

But anyway, baklava is my husband’s all time favorite treat and I make it every year around the holidays because it’s also around this time that Greek Fest happens in our city and I would rather make him a huge pan of it than watch him fork over $6 for 5 small bites at the festival.

I’ve made it a few times for him now and tried a different recipe each time. This one was by far the best I’ve tried yet. It was soft where it was supposed to be and crunchy where appropriate, which is something I’ve had trouble with when trying out other recipes. It was delicious. So delicious that I might actually make it more than once next year. ;)