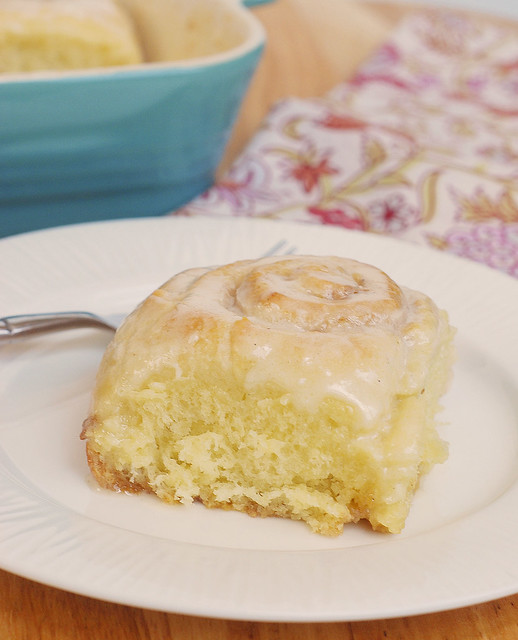 Out of everything I bake, I think cinnamon rolls are my favorite. Not necessarily to eat but the actual process of making them. There’s just something magical about taking so few ingredients and turning them into beautiful swirled rolls.

Because of that there are many, many, many recipes for cinnamon rolls lurking around my blog. But these guys, right here, they might be my favorite yet!

It starts with a brioche dough but don’t let that scare you! I told you in my last brioche post that I think brioche is one of the easier doughs to work with since it’s so silky and I still stand by that comment. My mixer does stress out a little but it’s no big deal since hand-kneading isn’t so bad when the dough is nice and smooth.

The filling starts with sour cream instead of the typical softened butter and then it’s topped with cinnamon, brown sugar, and toasted pecans. I think – if it’s possible – that the sour cream actually kept the rolls moister!

We loved these and believe me when I say that I’ll be making them again soon!