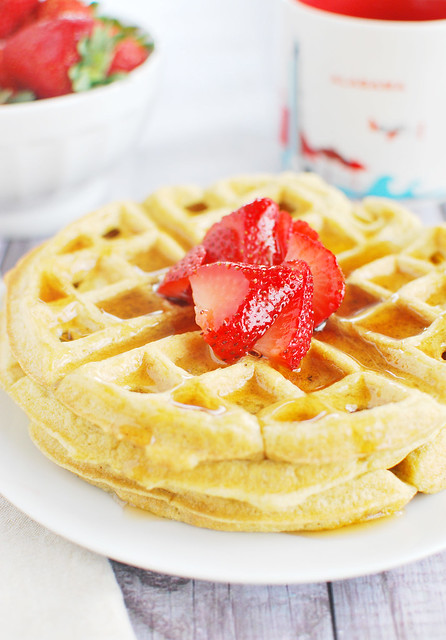 As if it hasn’t become really apparent over the years, I get bored really easily. Not like, sitting on the couch flipping channels bored but I get bored of things quickly. Hobbies, books, tv shows, etc, etc, etc.

So on our epic roadtrip earlier this summer, it’s really no surprise that by hour 4 I was done with my playlist. I hated every song. I never wanted to hear them again. I’m still kind of hating it a month later.

I’d been saving podcasts, though, because I know myself and knew I’d get tired of music. I started marathoning Dave Ramsey, Elise Gets Crafty, and Balanced Bites.

My children hated every minute of it.

I really got into Balanced Bites which is a paleo/overall health podcast and after many, many hours of listening, I got really excited about paleo living. I was all YES! WHEN WE GET HOME, EVERYONE’S GOING PALEO! THE KIDS, THE DOGS, EVERYONE!

This lasted about 5 minutes once we actually got home but I discovered a really awesome waffle recipe so… I call it a win.

I dig what coconut flour does for recipes. Especially these waffles. They’re really light and fluffy and the coconut flour adds just a little extra texture and a very slight coconut flavor. Plus coconut flour is high in protein, fiber, and good fats! 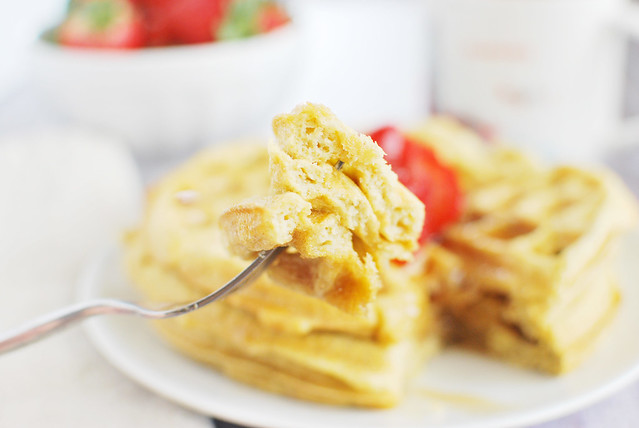 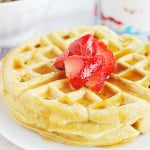