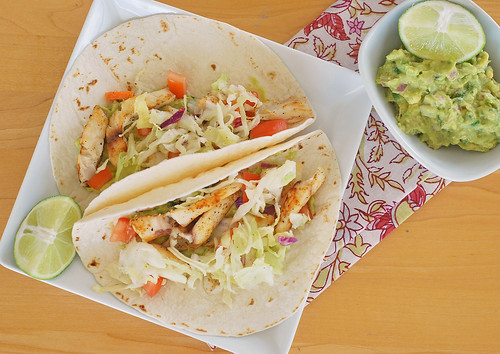 If you’ve been reading my little blog for awhile, you might remember that last summer I was very pregnant and obsessed with Mexican food. I’m talking enchiladas-three-times-a-day obsessed. Priority number one when we go to Colorado was finding theÂ Mexican restaurant that would satisfy all Â my needs. We found that place and visited at least once a week.

I gave up my habit once the baby was born and we didn’t go back until the week before my husband deployed. Since I was no longer pregnant, I decided not to eat my weight in deep fried beef tacos and instead ordered the fish tacos. This came out. It was some kind of minced fish swimming (get it?!) in a mayo-based sauce. It was awful! And I’ve been dreaming about perfect fish tacos since that day.

These tacos are everything I wanted in a fish taco. Light, fresh, and so tasty! It’s just pan-fried filapia with lime guacamole and a cabbage slaw made with coconut oil (!!), all wrapped in a fluffy flour tortilla. I cannot imagine a better fish taco!

The coconut oil in the slaw was so perfect. It really adds more of a scent than a taste but it gives the taco an even more tropical feel. If you don’t have coconut oil or just don’t want to use it, vegetable oil would work perfectly. 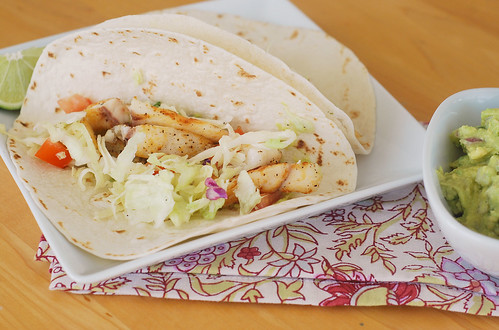 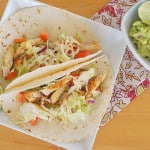 8 Responses to "Fish Tacos with Guacamole and Cabbage Slaw"