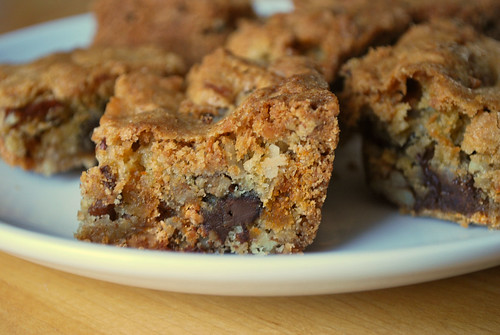 When I first joined Tuesdays with Dorie (<all my TWD posts) my intention was to bake every recipe in Dorie’s book, even though the book calls for too much dried fruit for my tastes. I managed to get about halfway through before giving up on the group which means I need to get my booty in gear.

Yesterday I just wanted something I could throw together quickly but would also make my 3 year old happy. He suggested a birthday cake because he’s pretty convinced that his birthday is coming around again soon but we settled on Dorie’s blondies.

I liked this recipe because it called for small amounts of chocolate chips, nuts, butterscotch chips, and coconut. I managed to get rid of all those mostly empty bags of baking supplies that have been taking up too much space.

The blondies were also very tasty. The chocolate chips and the butterscotch chips aren’t a combination that I thought would work but we really enjoyed it. And you can never go wrong with coconut! These were definitely a winner! 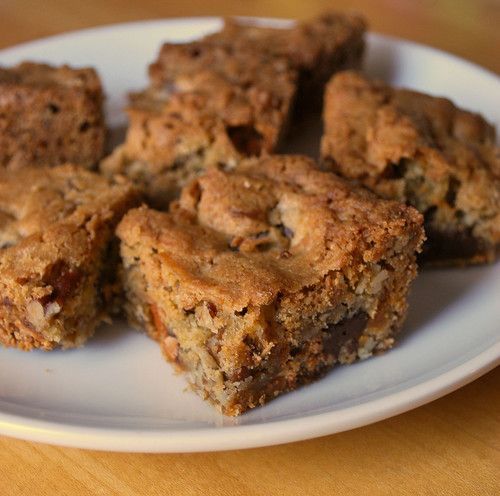