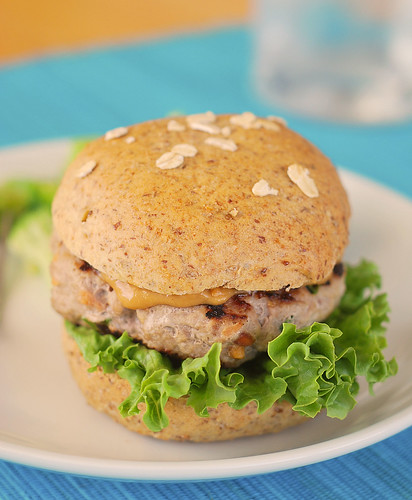 Last week we passed the 2 month mark of my husband’s first deployment. I had been going over and over a post I wanted to write about it.

A post about how I had reached a comfortable spot. A spot where I didn’t worry.

I wanted to tell others who were starting their first deployment that the first week is worse than you can imagine (sorry) and even though you feel like you’ll never pull out of the funk, you will. I wanted to tell them that there will be a day when someone will say “Your life doesn’t stop just because he’s deployed” and you won’t yell “BUT IT DOES!”

I wanted to tell you guys how the day after my husband deployed I was emailing with a friend whose husband had already been gone a few months and she said, “Just remember that 90% of the time they aren’t doing anything and the other 10% they’re doing exactly what they were trained to do” and it helped me more than she’ll ever know.

And then the company my husband is attached lost a soldier on Friday.

I know that there isn’t a situation in the world that is made better by worrying and yet that’s all I’ve done for the past few days. I worry about my husband, about our friends who are also deployed, about the family who’s having to deal with the loss of their soldier, about anything that could possibly be worried about.

Gosh, I hate to be such a downer but I really struggled this past weekend. It’s hard to know that a member of the 1-12 Infantry family is now without her husband and 2 kids without their daddy. But that’s the reality of war and I’m not sure I’ll ever get used to it. 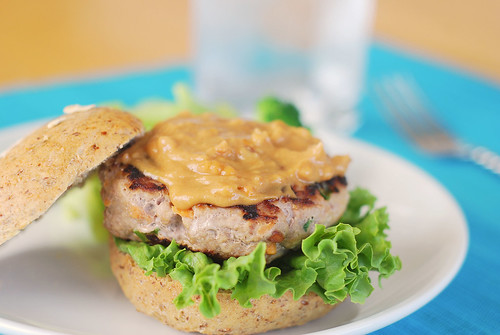 I’m posting these burgers today because my husband would hate them! He would probably refuse to eat them and then whine to his friends about how I tried to poison him with *gasp* peanut butter burgers.

But I loved them! And even my kids enjoyed them! They peanut in the burgers isn’t super obvious so if you wanted to serve them to someone who doesn’t like “weird” food, just leave the sauce off and they probably wouldn’t be able to pick peanut butter out as an ingredient. 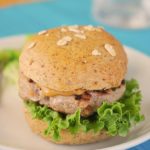