Bacon Mushroom Mac and Cheese – the BEST macaroni and cheese recipe! Pasta, bacon, and mushrooms in a decadent creamy sauce made with sharp cheddar and swiss cheese and topped with crunchy panko breadcrumbs. 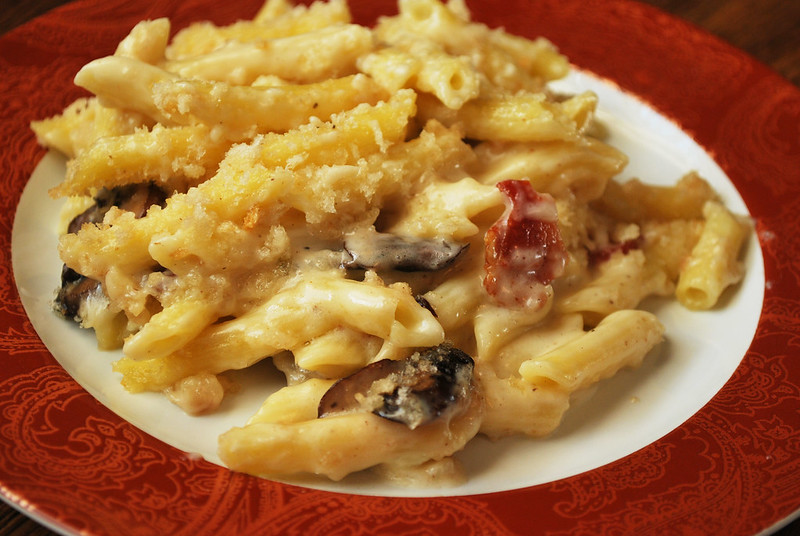 Honestly, I’m not much of a mac & cheese person but I tend to experiment with it a lot since my husband loves it and I get tired of his favorite version that features diced ham and canned mushrooms.

Awhile back I saw a recipe for bacon macaroni and cheese and made a mental note to remember it but then what happened? I forgot where I saw it. Doesn’t that always happen?

So I set out to come up with my own recipe and it’s perfect. So ridiculously decadent with all the cheese and bacon and baby bella mushrooms.

How To Make Bacon Mushroom Mac and Cheese

How Long is Homemade Mac and Cheese Good For?

Homemade mac and cheese should be good in the fridge for up to 4 days. Make sure it’s covered tightly.

To reheat, you can use the microwave but if you want the panko topping the crisp back up, putting it in the oven for a few minutes is the best option. 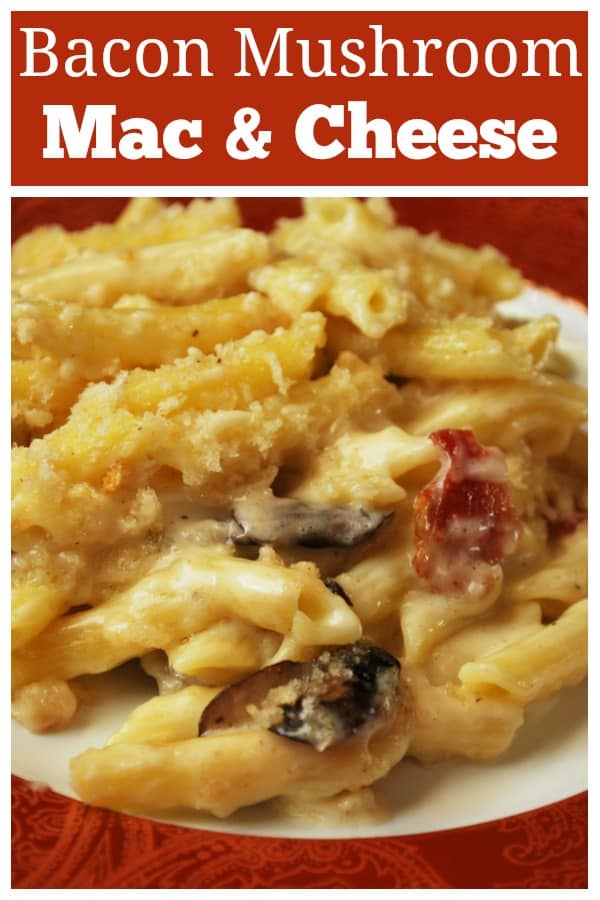