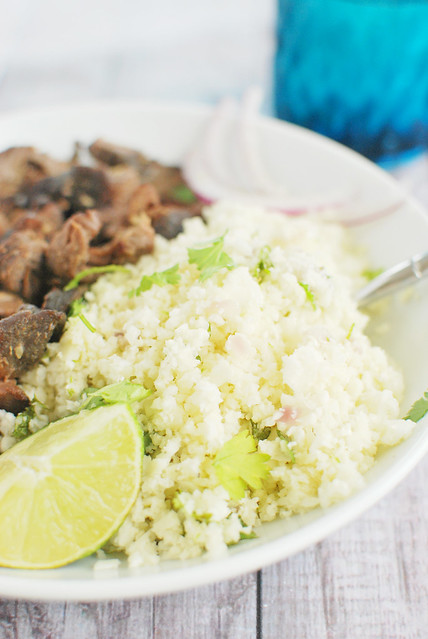 I don’t know if I’ve ever told you guys but I really don’t like rice. I don’t dislike rice but it’s not something I’d choose to eat. The exception being Mexican restaurant rice and even then, I mix it into the refried beans because… that’s just the way it should be done.

Oh, and any kind of casserole that includes rice, cream of- soup, and tons of cheese.

But, like, plain rice? Nope. I don’t even like the cilantro-lime rice at those burrito joints (that this recipe is based on) unless it’s absolutely covered in salsa (and queso if we’re at Qdoba).

Weirdly enough, I really dig cauliflower rice. It’s the perfect substitute for those of use that either don’t like rice or maybe we’re trying to cut back on calories. But yeah, I eat cauliflower rice with everything. At one point, before my husband deployed, he had to tell me to cool it with the cauliflower rice because he was sick of it.

So naturally I switched to mashed cauliflower and he was not amused.

Since I’m currently going through one of my Mexican food phases, this Cilantro-Lime Cauliflower Rice has become a staple in my diet. It’s really good and the perfect side dish for all the stuff I’m currently coating in cumin, dousing in lime juice, and covering in jalapenos. 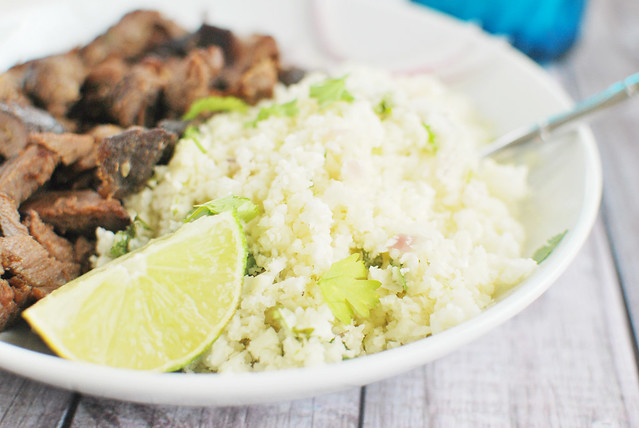 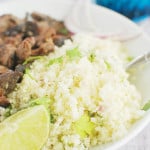