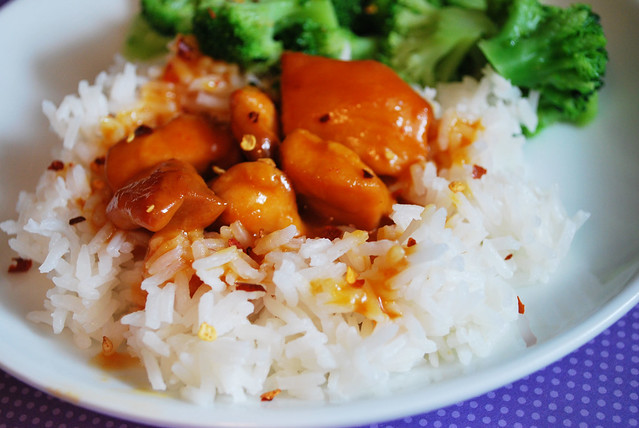 With 2 months left in this pregnancy I’ve become increasingly dependent on my slow cooker. Yesterday I no lie had 2 slow cookers going. Sure, I could have roasted that chicken in the oven but that would involve getting up and checking on it. Or you know, pulling it out before it burned. It’s much easier to just throw something in the slow cooker and know that even if I don’t get around to pulling it out until 8 hours later, it won’t be burnt!

Anyway, that has nothing to do with this dish. This dish was good. I live in the land of no Panda Express so I’ve never had the orange chicken that everyone raves about. Awful, isn’t it? I’ve saved many a orange chicken recipes to my bookmarks but never got around to making them because they usually call for an ingredient that I’d use once and then throw the rest of the jar away. This recipe calls for very few ingredients, most of which you probably already have in your house!

My husband said it was too orangey so I’d probably cut back on the orange concentrate next time or even use regular orange juice. I thought it was good as written and even had leftovers the next day which I rarely do. 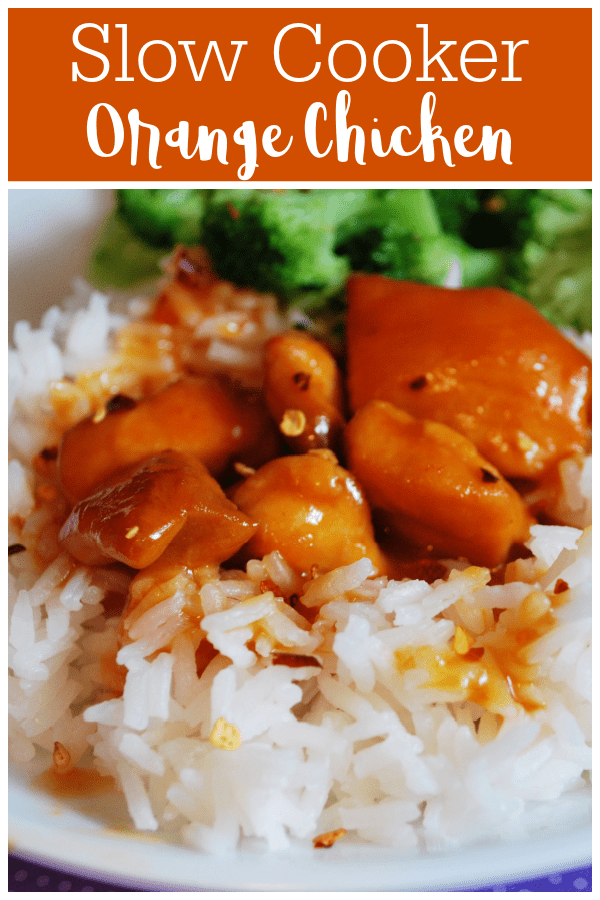