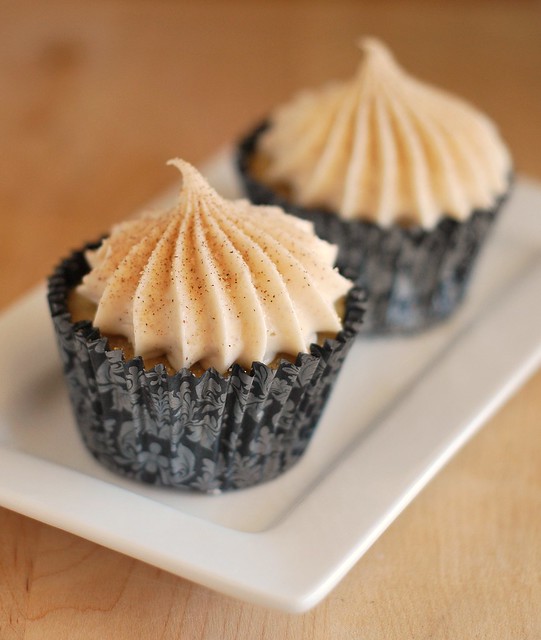 I’m not sure what’s going on in the rest of the country but it’s been ridiculously cold down here all week.

We’re used to wearing shorts and t-shirts well into December so I’ve been freezing my butt off and whining to everyone who will listen.

The good news is that the cold snap coupled with me trying to comes up with new Christmas cookie recipes has really made me look forward to the holidays. 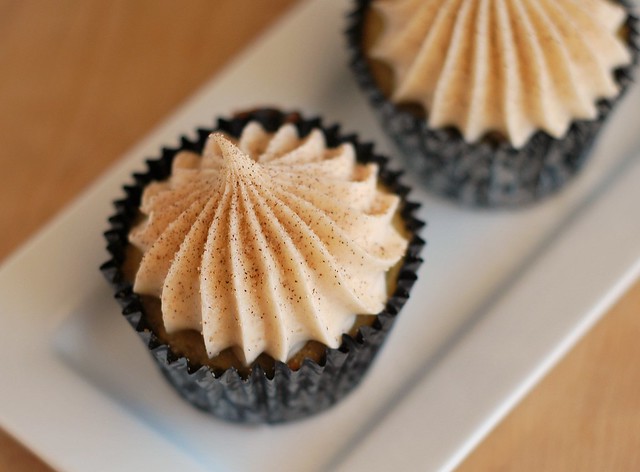 I made these cupcakes because I wanted something with the holiday flavors but not really a traditional holiday treat.

Basically, I wanted my kitchen to smell like cinnamon and it worked! Plus I ended up with a bunch of delicious cupcakes!

It worked just as I’d hoped and was absolutely delicious. 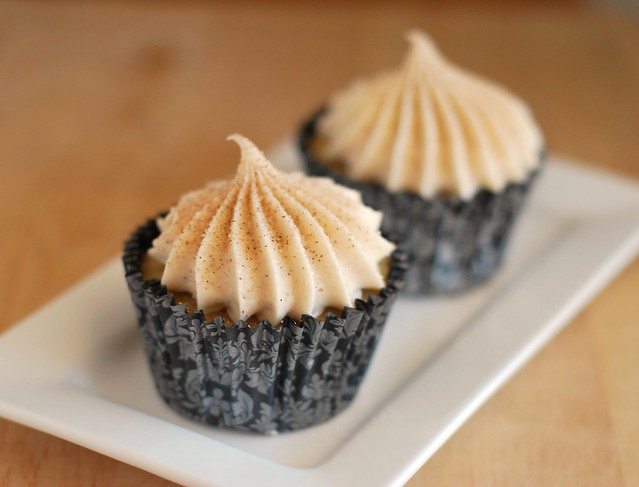 For the cinnamon cream cheese frosting:

To make the cupcakes: