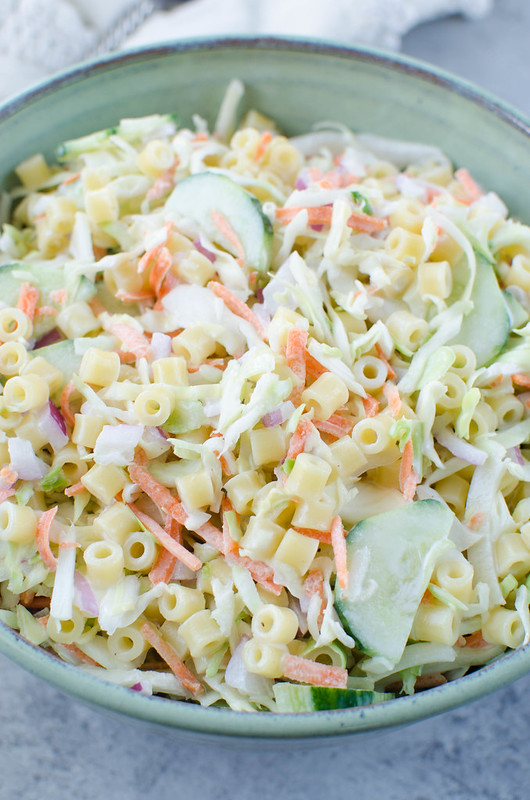 I keep getting emails about back to school shopping, my kid’s school is sending me vaccination reminders, and Bath and Body Works put their fall candles out.

Did I order 7 Sweater Weather candles? Maybe. But that doesn’t mean I’m okay with us acting like fall is right around the corner. We still have months of summer!

My kids are OBSESSED with this Cole Slaw Pasta Salad. The first time I made it I was worried there were too many veggies plus, you know, raw onion isn’t something kids usually like, but they loved it. I sent my mom a video of my younger 2 literally trying to steal bites out of the mixing bowl. 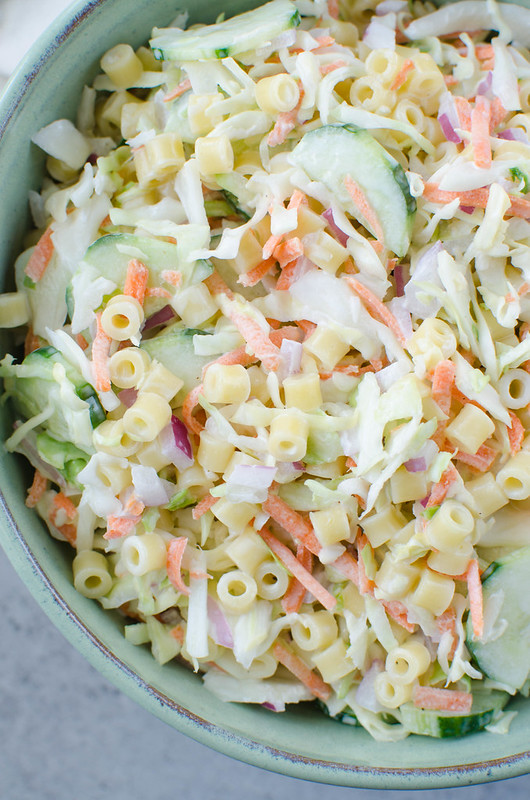 Might be hard to believe but it’s really just making cole slaw and adding in pasta.

Okay, but really, there’s also some extra veggies in there. It starts with a bag of cole slaw mix (make sure it’s the kind of carrots) and you add finely diced red onion and sliced cucumbers. Then the cooked and cooled pasta.

I use ditalini pasta in this recipe because I think it’s so cute but any small pasta shape would work. Macaroni, mini bowties, mini wagon wheels, anything small.

The dressing is pretty much the same dressing I put on cole slaw. It’s mayo, sugar, apple cider vinegar, salt, and pepper. The dressing gets tossed with the pasta and all the veggies – make sure everything is coated! – and refrigerate for at least an hour. 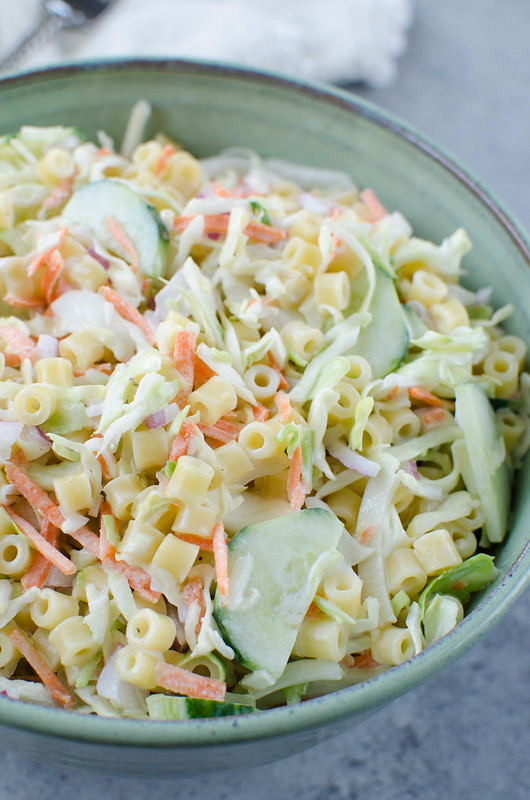 Keep this Cole Slaw Pasta Salad in an airtight container in the refrigerator for 3 – 5 days. It will become more liquid-y and the veggies will lose some of their crunch the longer it sits so I think it is tastiest within the first few days. But it is safe to eat for up to 5 days.

Can You Make Cole Slaw Pasta Salad Ahead of Time?

Cole Slaw Pasta Salad needs to be made at least an hour ahead of time so it has time to chill. You can make it up to 6 hours earlier without it changing the texture of the veggies.

I don’t recommend preparing it the day before if you want crunchy veggies. 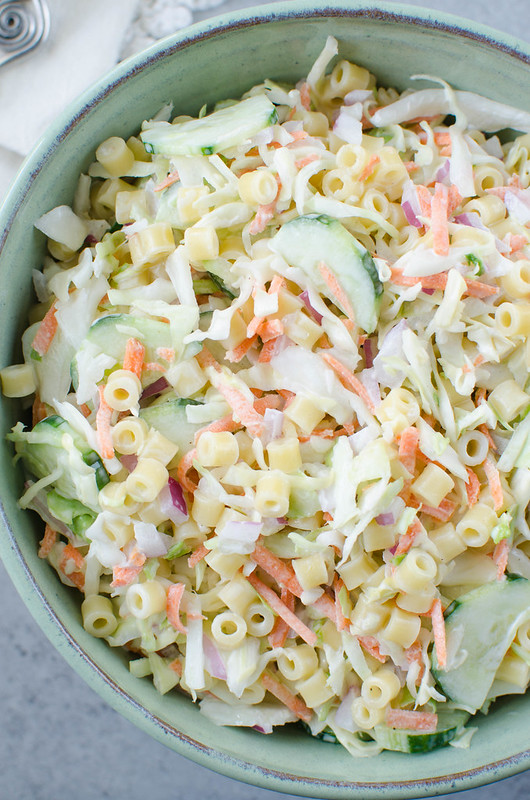 Macaroni Salad – the classic deli-style pasta salad! Macaroni, cubed ham, cheddar cheese, and frozen peas in a creamy tangy dressing. This is a crowd favorite and it’s perfect all year round!

Southwest Orzo Salad with Cilantro Lime Vinaigrette – orzo with bell peppers, tomatoes, black beans, corn, and feta cheese in an easy homemade cilantro lime dressing. This is great for barbecues or just as a side dish for a weeknight dinner. 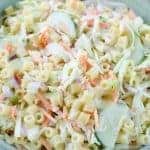 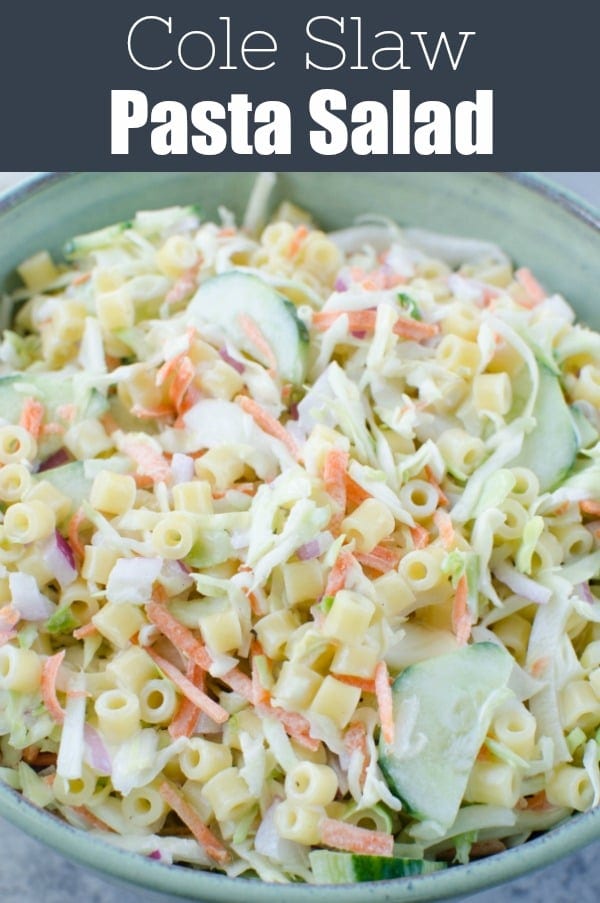