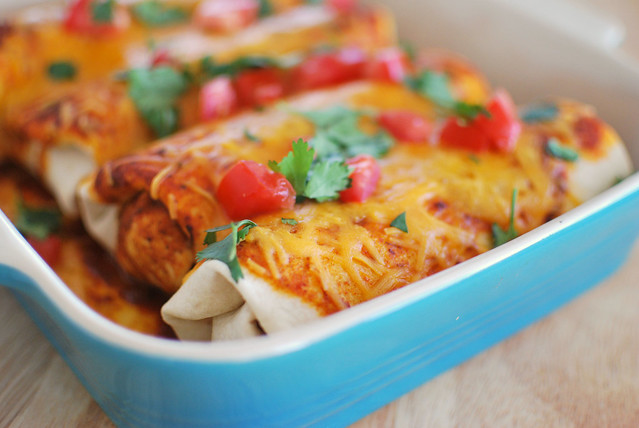 If you follow me on Instagram, you may have seen that this past weekend my husband went to a work barbecue and ate 10 hamburgers, 2 ribs, and then came home and made the world’s largest strawberry shortcake. Well he had planned on grilling at home that night but for obvious reasons he wasn’t hungry. So I forced him to go get me a ginormous burrito and chips & guac and I did what I always do – I ate the chips & guac for dinner and saved the burrito for breakfast and lunch the next day.

The next morning he was all “DANGIT! WHY DIDN’T I BUY MYSELF A BURRITO SO I COULD HAVE IT TODAY?!” and proceeded to whine about it all day.

So I made him some burritos.

I don’t really like making burritos at home because for some reason they’re always really dry so I figured this would be a good recipe to go with. It’s kind of a mixture of burritos and enchiladas. You make the burritos as normal but then you top them with enchilada sauce (that the meat was cooked in) and lots and lots of cheese.

My husband was pretty thrilled with them. And bonus: the meat is done is the slow cooker! Yay! 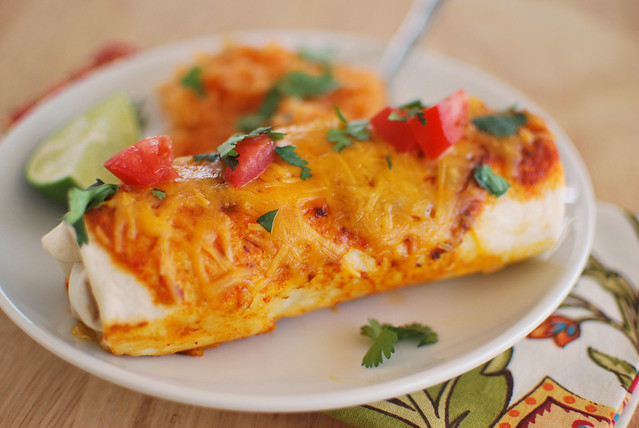 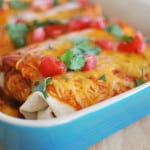 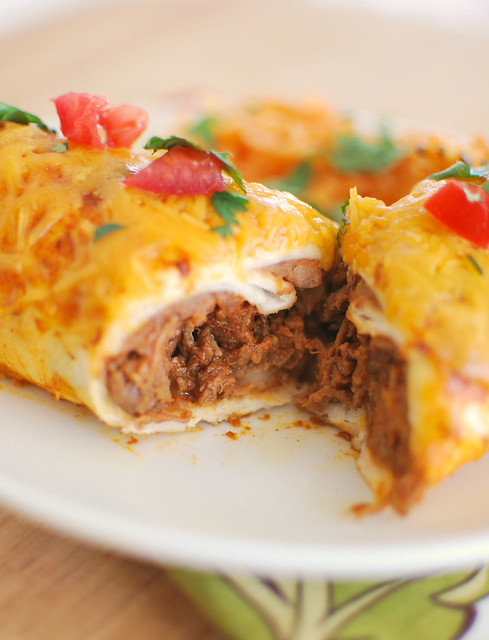