Happy Sunday! Tomorrow my kids go back to school after 9 days off so we’re living it up with Cinnamon Toast Crunch Cupcakes! And probably a trip to the park to fly some kites that I found in the back of my closet while packing.

My kids are total cereal connoisseurs so they were pretty impressed by these cupcakes. They were, however, more impressed with the Skylanders Skystones game that came in the box of Cinnamon Toast Crunch.

Do you remember being a kid and being SO EXCITED when there was a toy in the box? I can remember standing in the cereal aisle and asking my mom for a specific kind just because it had a toy. And lucky me, I was an only child so I didn’t even have to fight anyone for the toy! 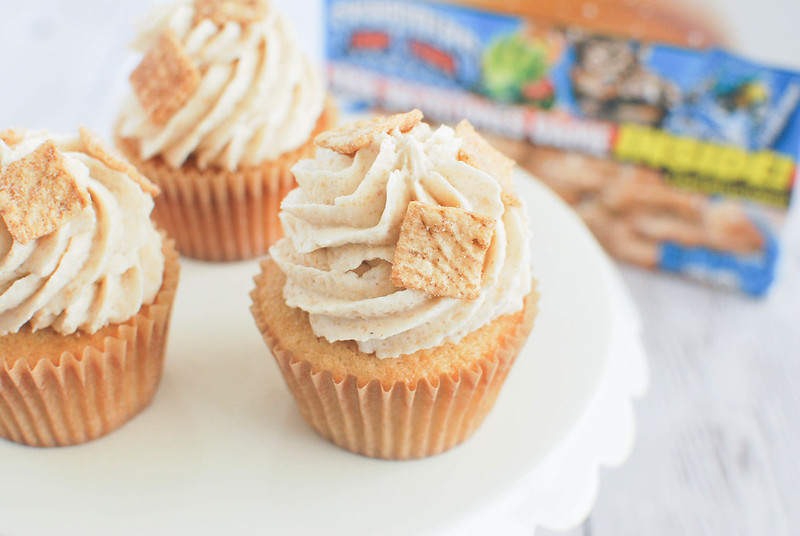