This shop has been compensated by Collective Bias, Inc. and its advertiser. All opinions are mine alone. #BakeItYourself #CollectiveBias #HomemadeCinnamonRolls​ 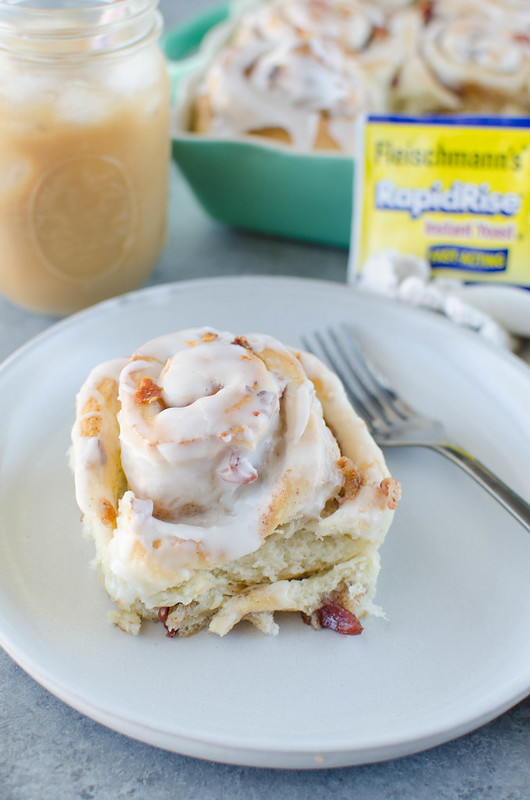 One of my favorite things in the world is making homemade cinnamon rolls. I love baking with yeast anyway, but there’s something about the rolling and the slicing and the rising of the cute little swirly rolls that just makes me so happy.

Plus, there’s nothing better than homemade cinnamon rolls, right? They’re so soft and fluffy right out of the oven, and, of course, homemade always tastes the best!

I made these Maple Bacon Cinnamon Rolls over the weekend and they are so delicious! If you love sweet and salty as much as I do, you have to make these! 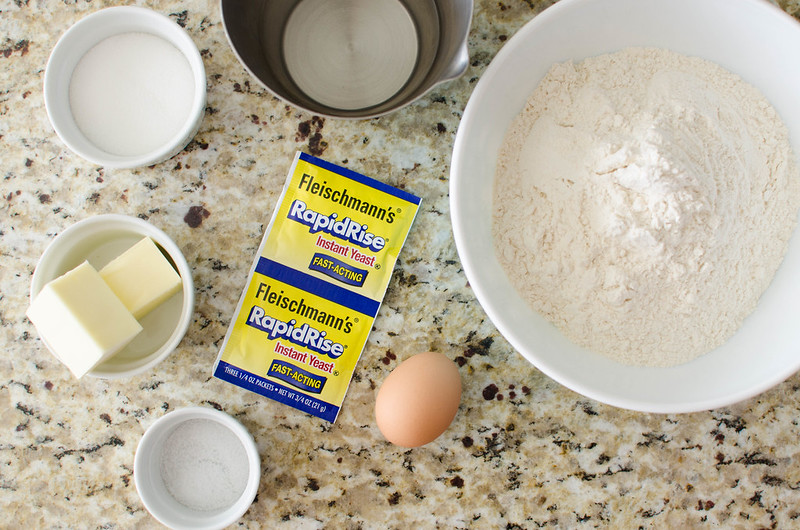 I’m not a morning cook; we’ve talked about this. So if I’m making breakfast, it has to be easy and not require a whole lot of mental energy. 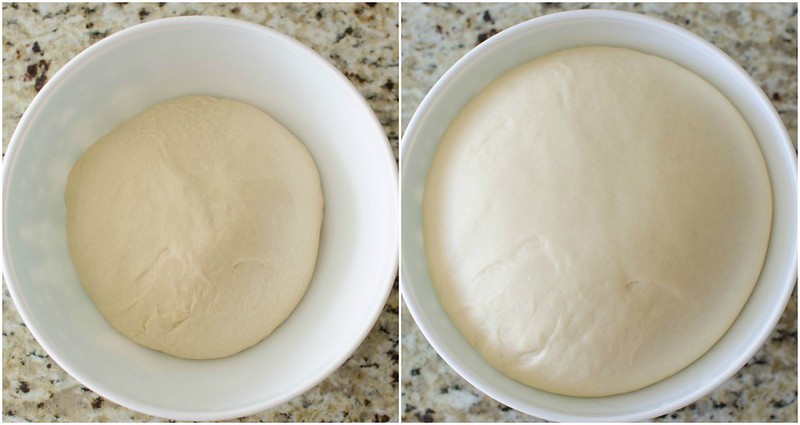 Fleischmann’s® has over 150 years of baking experience, and you can trust their yeast to create high quality, great tasting baked goods. And Fleischmann’s® RapidRise® Yeast makes all yeast baking so much easier.

For these cinnamon rolls, by the time I was done mixing up the filling, crumbling bacon, and making sure the butter was softened, my dough had doubled and was ready to be rolled out and filled. 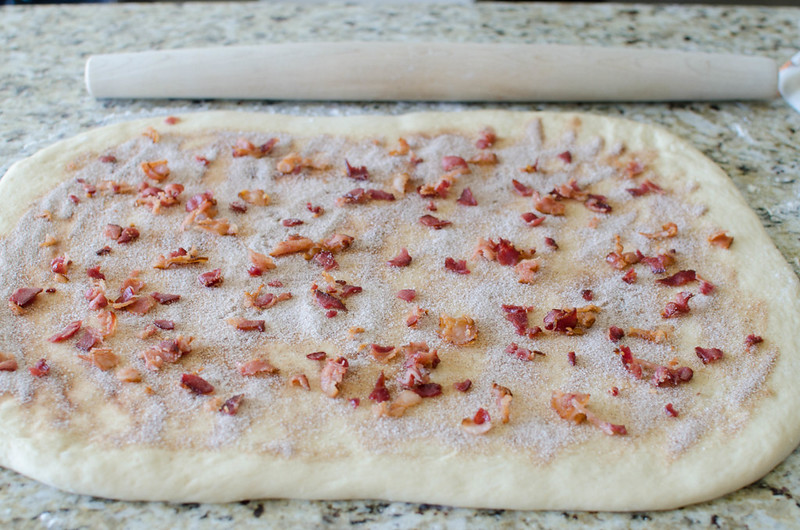 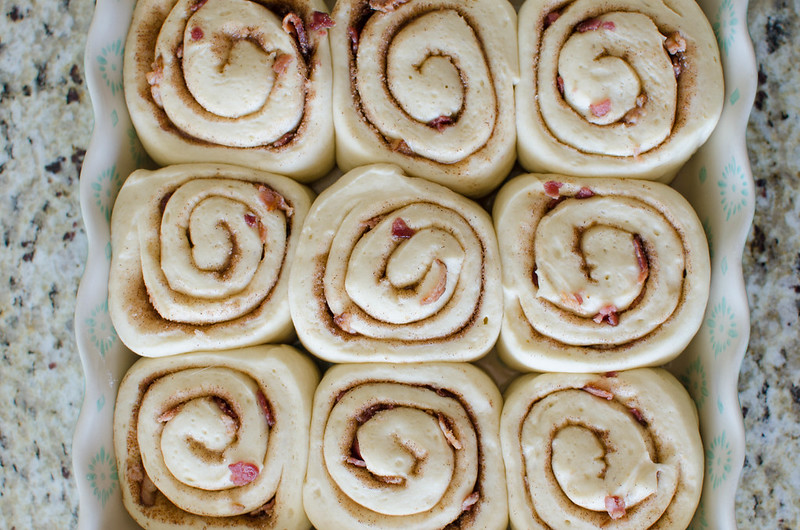 To make the dough for these Maple Bacon Cinnamon Rolls, you combine flour, sugar, 2 packets of Fleischmann’s® RapidRise® Yeast, and salt in a mixing bowl. Heat water and butter together until the water is very warm but NOT HOT to the touch. The butter’s not going to melt, but it will be soft enough to be easily incorporated into the dough.

The warm water, butter, and an egg gets added to the dry ingredients and then you beat that all together with an electric mixer, stirring in more flour until it all comes together in a ball. If you are using a stand mixer, you can then switch to the dough hook attachment and let it go for 6 – 8 minutes. If you want to do it by hand, turn the dough out onto a lightly floured surface and knead for 6 – 8 minutes. Either way, the dough should be smooth and elastic and should spring back when lightly poked.

Then it does a 10-minute rise. Once the 10-minute rise is done, you roll out the dough on a lightly floured surface. The dough gets brushed with softened butter and sprinkled with cinnamon sugar. And since we are making Maple Bacon Cinnamon Rolls today, a drizzle of maple syrup and a few slices of cooked, crumbled bacon gets added to the top. 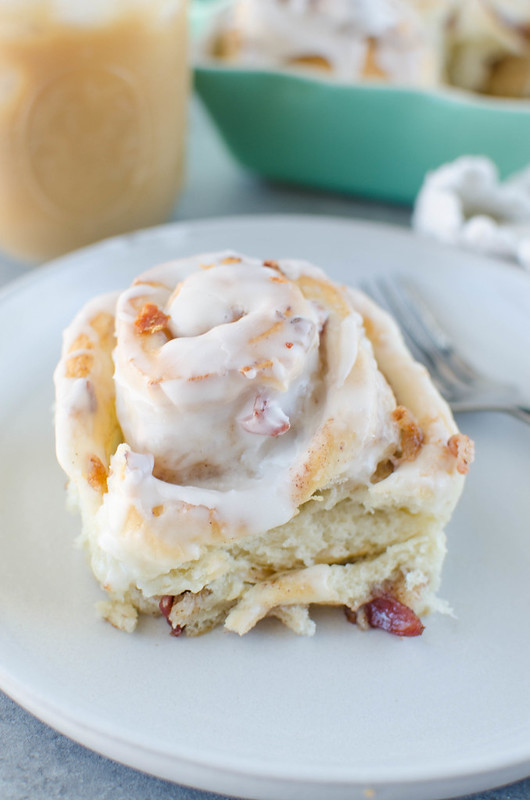 Roll up the dough, starting at the long side and then pinch to seal. Cut it into 12 even slices and put those cut side down into a baking pan. Then they rise again, until doubled.

Once the cinnamon rolls are done rising, they get baked for about 25 minutes, until golden brown. Then you just let them cool for a few minutes before frosting them.

The frosting is super simple! Just butter, powdered sugar, milk and vanilla. And then a little bit more bacon on top is all you need!

Visit Fleischmann’s® for more recipes and even more tips and tricks about baking with yeast. And don’t be intimidated by yeast! Grab some Fleischmann’s® RapidRise® Yeast next time you’re at the store so you can go into your baking with confidence! 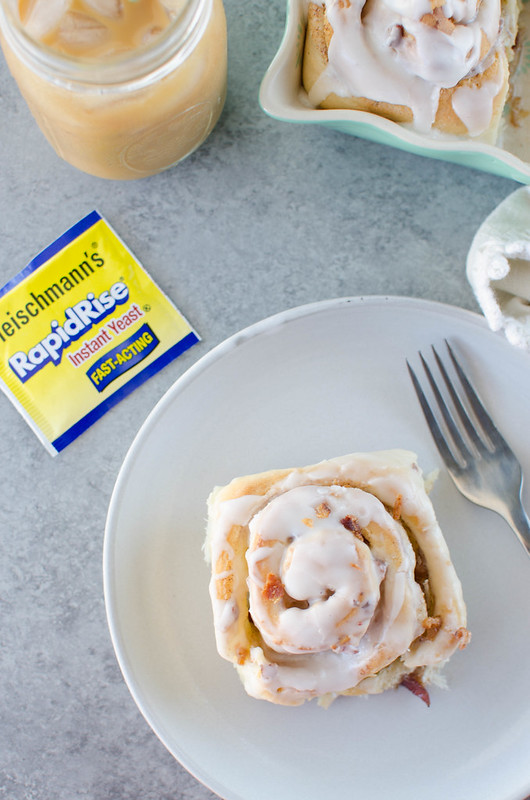 1. Combine 2 cups flour, sugar, dry yeast and salt in a large mixer bowl and stir until blended. Place water and butter in a microwave-safe bowl. Microwave on HIGH in 15 second increments until very warm but not hot to the touch (120° to 130°F. Butter won’t melt completely). Add to flour mixture with egg.

3. Knead on lightly floured surface until smooth and elastic and dough springs back when lightly pressed with 2 fingers, about 6 to 8 minutes. Cover with a towel; let rest for 10 minutes.

4. While waiting for dough to rest, combine sugar and cinnamon for the filling in a small bowl. Set aside.

5. Roll dough into a 15 x 10-inch rectangle using a rolling pin. Spread 3 tablespoons butter over dough stopping at least ½-inch from the edges on the long sides. Sprinkle with cinnamon sugar mixture. Drizzle with maple syrup and sprinkle with crumbled bacon.

6. Beginning at long end of the rectangle, roll up tightly. Pinch seams to seal. Cut into 12 equal pieces. Place, cut sides down, in greased 13 x 9 inch baking pan . Cover with towel; let rise in warm place until doubled in size, about 1 hour . 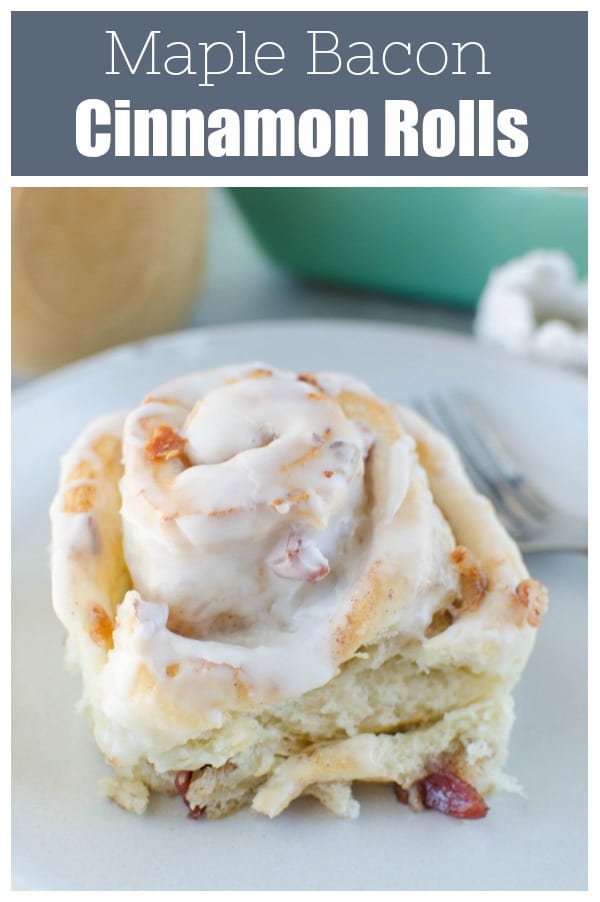