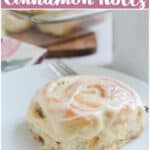 This is a recipe that I originally posted in, like, 2011 or some ridiculous long time ago but I reshot it a couple weeks ago mostly so that I had an excuse to eat them again. So if it sounds familiar, that’s why.

Anyway, I wanted to tell you about a fun Char-Broil event I attended down in Austin last week. I very rarely get to attend events like this so I was pretty excited when it worked out and I got to sneak out of the house for a few hours to hang out with friends and eat lots of food.

It was at Jacoby’s  and unfortunately, I didn’t get a photo but their patio overlooks the Colorado River and it was gorgeous, especially after the sun went down and they turned on all the fairy lights.

Of course, the food was the most important part.

They had brisket and baked beans and kabobs and street corn and pizza.

They’d smoked the beans underneath the brisket so all the drippings fell into the beans.

Plus, grilled watermelon and a s’mores bar!

You know I love a s’mores bar.

Plus, it was fun to learn all about the grills that Char-Broil has and now I want to buy ALL THE GRILLS.

(Reminder: I still don’t know how to turn my grill on.)

We made the photographer turn the flash off because we were SO SWEATY. You guys, Texas is so hot right now. Even at 8 pm.

So they are your typical cinnamon rolls but with caramelized apples in the center and a caramel cream cheese icing.

I’m obsessed with them. I had every intention of sending them to my kids’ teachers. I EVEN PACKAGED THEM CUTELY which is so unlike me.

Ask me how many went to school.

For the cinnamon rolls: