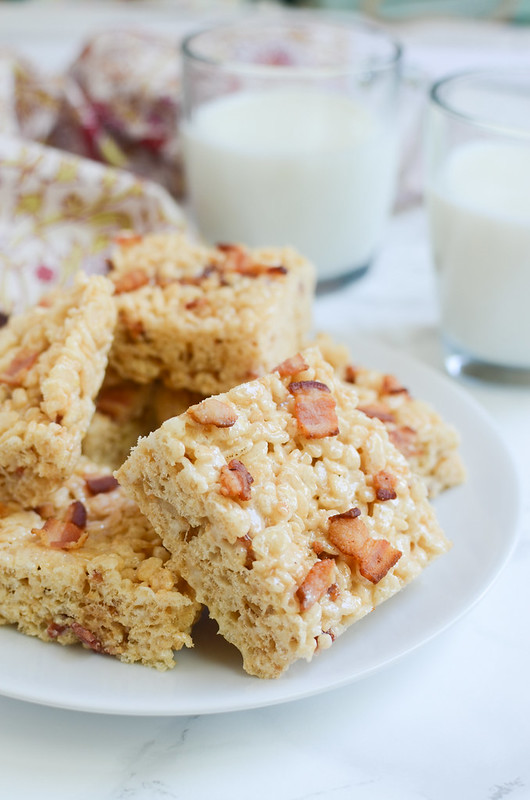 Heeeeey guys! I can’t believe it’s Monday again. Why does this keep happening?!

Let’s go back to Friday, mmkay?

So how was the weekend?

I did that thing where I swore I was going to stay home all weekend and clean my house and then ended up doing the exact opposite.

The monthly food truck festival over in Temple snuck up on me this month and you know I can’t miss that! So the kids and I headed over there Saturday. My favorite truck wasn’t there this month but I did have a delicious plate of Hawaiian Pulled Pork Fries and something called a Redneck Taco.

The redneck taco? Honestly, I ordered it just for the name and now I can’t stop thinking about it.

It was cornbread with rice, brisket, sausage, beans, and nacho cheese on top.

It was ridiculous and amazing and I’ll be looking for that truck next month. 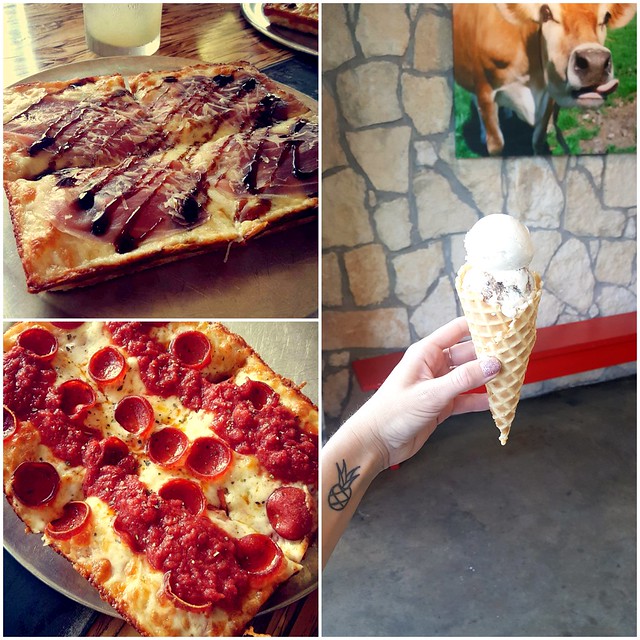 Yesterday I went down to Austin to meet my friend Kita for a day of food. We’ve known each other forever on the interwebs but this was the first time we’ve actually hung out.

We ordered SO MUCH PIZZA.

My fave was The Cadillac (the top photo) which had gorgonzola, prosciutto, fig preserves, and a balsamic glaze. So good.

Then we headed over to Lick for ice cream. They have the most delicious selection of ice cream, flavors you wouldn’t even imagine. I went for a scoop of Horchata, a scoop of Milk and Cookies, and a scoop of Goat Cheese, Thyme, and Honey. 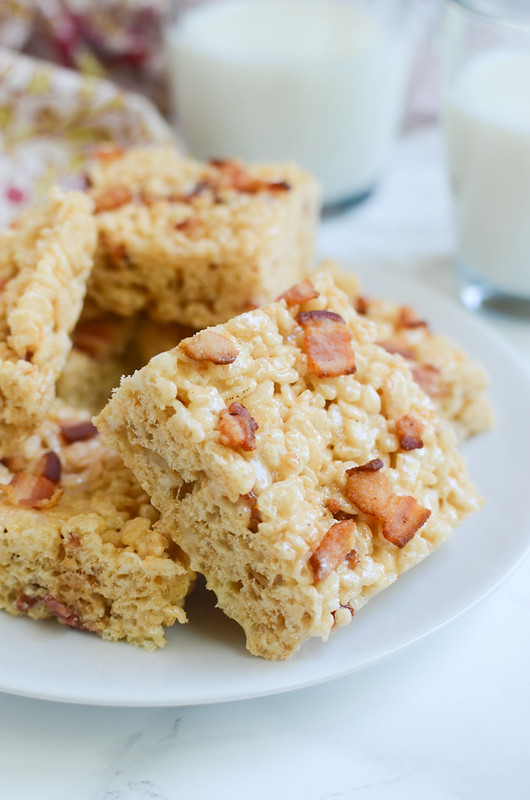 Spent the rest of my weekend watching a part 5 documentary of the OJ Simpson trial which was infuriating and I shouldn’t have allowed myself to watch it. But it was also very interesting and I’m probably gonna start another OJ documentary later today.

I also nibbled on these Maple Bacon Rice Krispies Treats.

I had the most epic Apple Crumble Chicken and Waffles a few weeks ago and ever since then, I can’t stop thinking about maple syrup with savory foods.

Bacon is good with everything but it turns out that bacon is especially good with marshmallows and maple syrup and Rice Krispies. Even my kids liked them and they usually balk at me putting bacon in sweets. 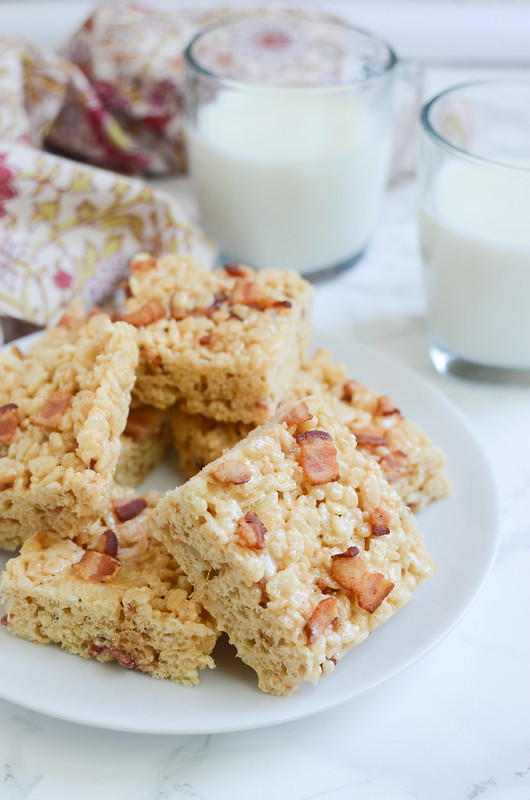 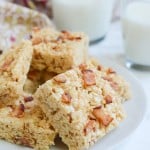 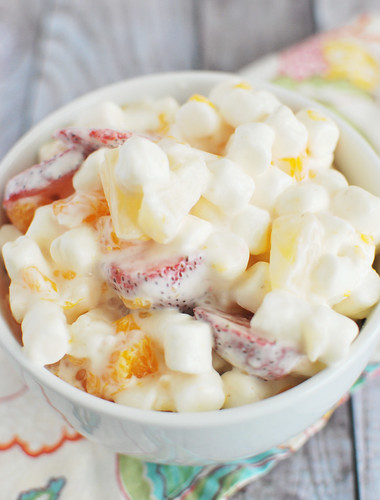 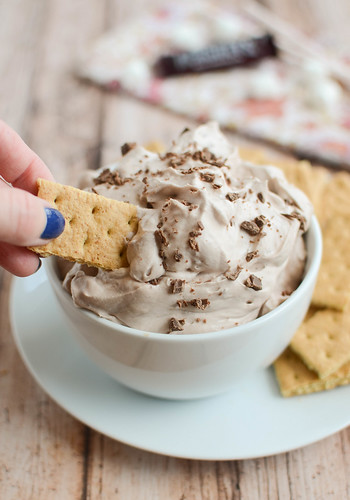 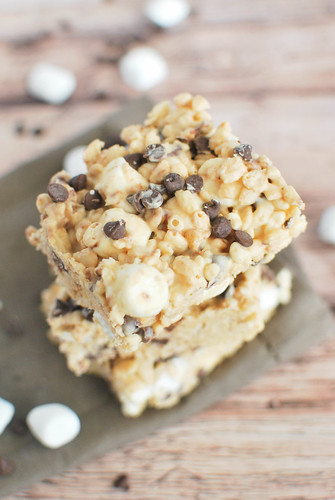