Jack-O-Lantern Layer Dip – how cute for a Halloween party! Layers of refried beans, guacamole, salsa, cheese, and green onions topped with tortilla chips and olives to look like a scary pumpkin! 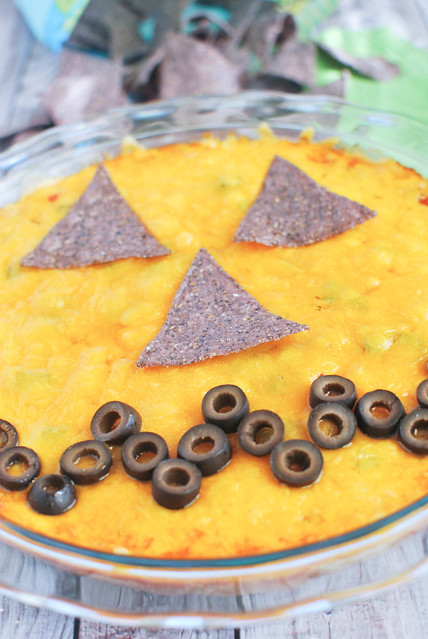 Okay guys, who’s been watching Once Upon a Time since the beginning?

I think I mentioned that I was obsessed with it and I watched all of season 1 within a day and a half or something ridiculous like that.

But now I’m stuck on season 2. Because Mulan’s there. And I had it in my brain that only classic fairy tale characters were allowed in Once Upon a Time and dangit, Mulan doesn’t belong there!

Then I went to the IMDB page for the show, and I see what appears to be the Frozen girls? In really bad wigs? Stop, just stop.

Tell me, is it worth continuing? I’m just not into it like I was and it’s kind of depressing because I have the worst time finding new shows to watch. 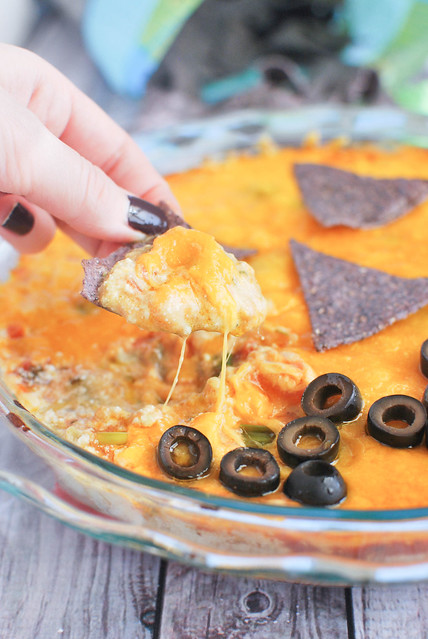 Speaking of dressing up in bad wigs, Halloween is just over a week away and I cannot be more excited.

Mostly because I gave up wine in an attempt to lose the 10 pounds of tacos and wine I’ve put on since July and I’m totally allowing myself some before/during/after trick-or-treating. Because kids. Kids everywhere. Kids ringing the doorbell. Eep.

If you’ve got a Halloween party coming up, I’ve got the perfect thing for you to make! Who doesn’t love a layer dip? Especially if it’s dressed up as a Jack-O-Lantern?!

How To Make Jack-O-Lantern Layer Dip

To be fair, you can really layer anything for this Jack-O-Lantern Layer Dip as long as you finish with melted cheese and top it with blue corn tortilla chips and olives to make it look like a scary pumpkin!

But I like to do layers of refried beans, green chiles, sour cream, green onions, salsa, guacamole, and finally the melted cheese.

You can make it as mild or spicy as you want based on your salsa and guacamole choices. It’s perfect for any Halloween party!

Pumpkin Cheese Ball – a savory cheese ball made from cream cheese, salsa, cheddar cheese, and covered in crushed Doritos to look like a pumpkin. It’s topped with a green bell pepper stem to really make it look like a cute little pumpkin! 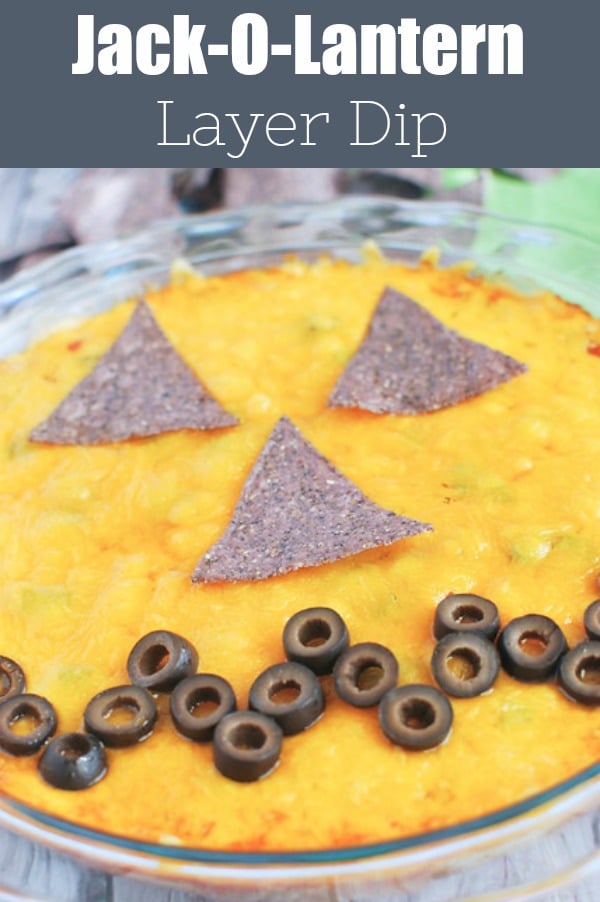 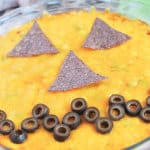