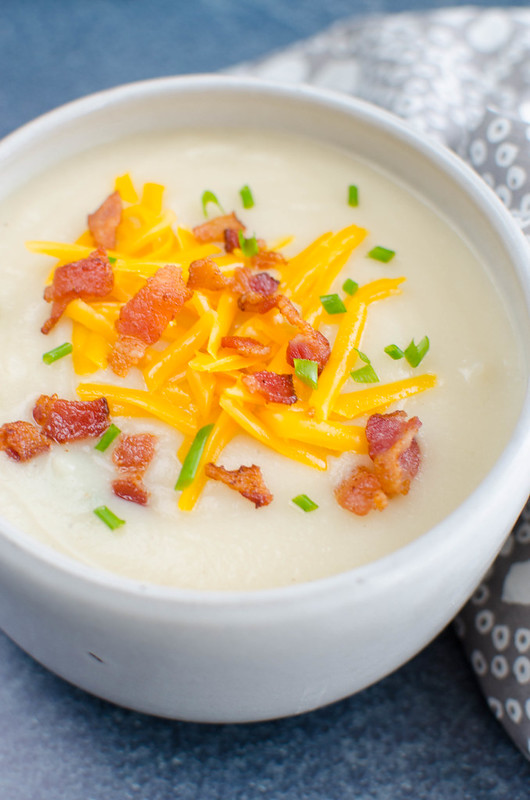 Hi guys, I don’t usually post on the weekends but I’ve been holding onto the photos for this Loaded Baked Potato and Cauliflower Soup for weeks now and wanted to get it post while the weather is terrible and we’re all freezing.

I had plans today, got all the kids in the car, and then immediately drove home after putting gas in the car because I literally couldn’t.

Too cold for me.

Everyone keeps saying, “Amanda, it’s February, of course it’s cold” but y’all, last February I was wearing sleeveless dresses in New Orleans during Mardi Gras and not complaining about it being too cold to have a Jeep. 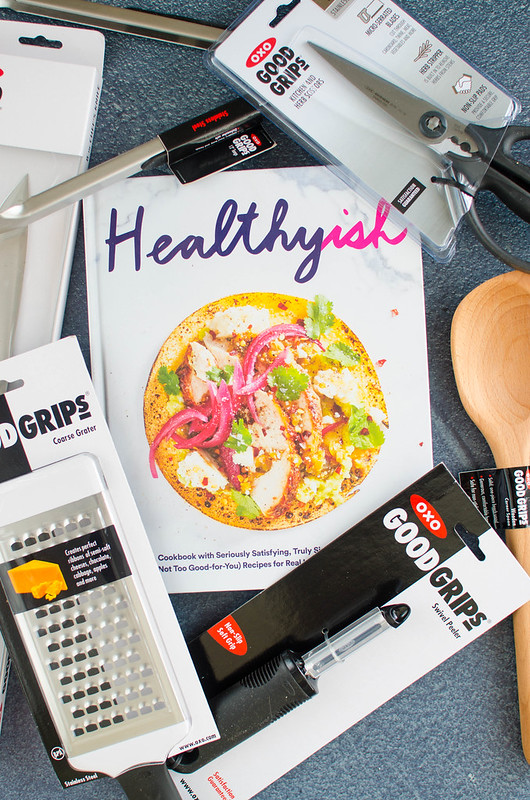 This Loaded Baked Potato and Cauliflower Soup recipe comes from my new favorite cookbook, Healthyish by Lindsay Maitland Hunt. I’ve actually had it on my wishlist since Gaby announced it as one of her cookbook club books so when OXO offered to send it to me with a bunch of tools needed to make this recipes? Umm, how could I say no to that?

So Healthyish is exactly like it sounds. Recipes that are healthy enough. Like this one. Maybe loaded baked potato soup isn’t the healthiest option but if we add cauliflower, it’s healthyish.

So it’s loaded with recipes like that. I’ve made this one and her marinated mushrooms and both were fantastic. Others I’m looking forward to trying:

The book is gorgeous and you totally need it if you’re the kind of person that wants to eat healthy but isn’t about chicken breasts and roasted broccoli every night.

Thank you OXO for all the goodies and make sure you check out Healthyish! 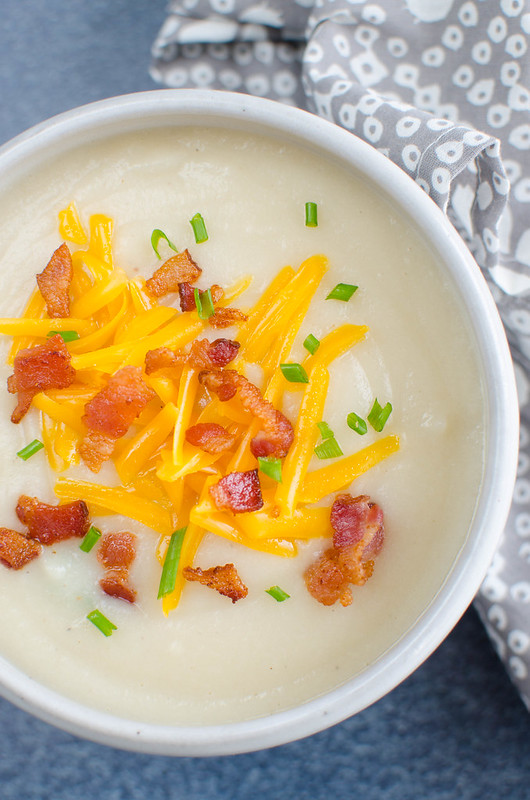 How To Make Loaded Baked Potato and Cauliflower Soup

This soup is really simple and really quick to put together (like most recipes in Healthyish) – just a few ingredients and it’s probably all stuff you have on hand. Potatoes, onions, cauliflower, bacon, stuff like that.

I had the soup finished and on the table in less than 30 minutes.

Can You Freeze Loaded Potato and Cauliflower Soup?

Yes! This is the perfect soup to freeze since there is no dairy in it. Freeze it in an airtight container (I like freezer ziploc bags – make sure you squeeze out as much air as possible) and it will stay good in the freezer for up to 3 months.

Let it defrost overnight in the refrigerator and then you can reheat in the microwave, stovetop, or the slow cooker. If it seems too thick, a couple splashes of chicken broth will get it back to it’s original texture. 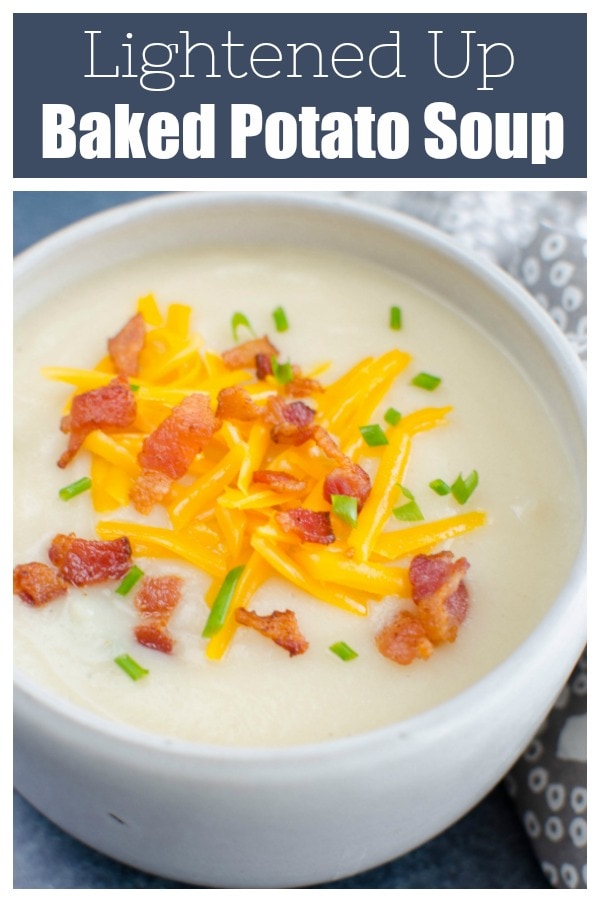