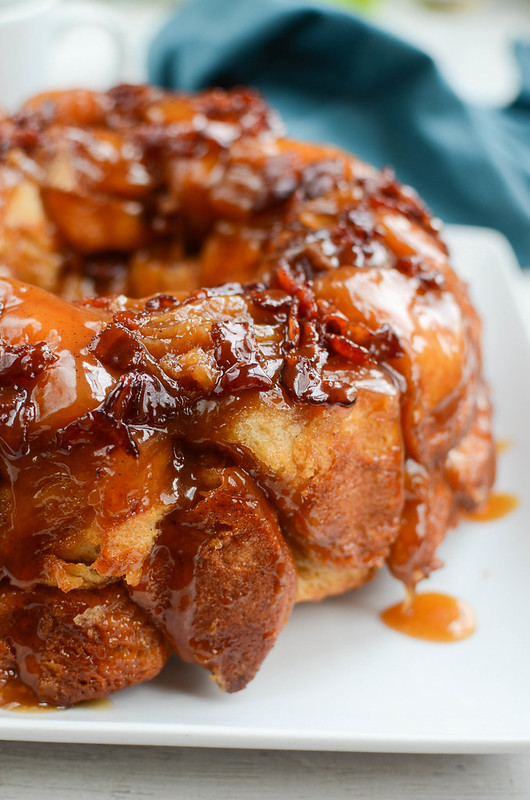 Hey ya’ll! How was the long weekend?

My kids were with their dad so I had 3 glorious days of doing whatever I wanted. But still, I was pretty excited to get them back last night.

I ran to Target yesterday morning for some recipe supplies and found myself buying them all new shoes and it turns out I kinda miss them by day 3.

I also made this Maple Bacon Monkey Bread yesterday in anticipation of them coming home.

You guys know how I feel about bacon in sweets. It may be my most favorite thing in the world. I mean, I have fudge, rice krispies treats, a doughnut burger with candied bacon, and probably many more recipes that I can’t think of right now. 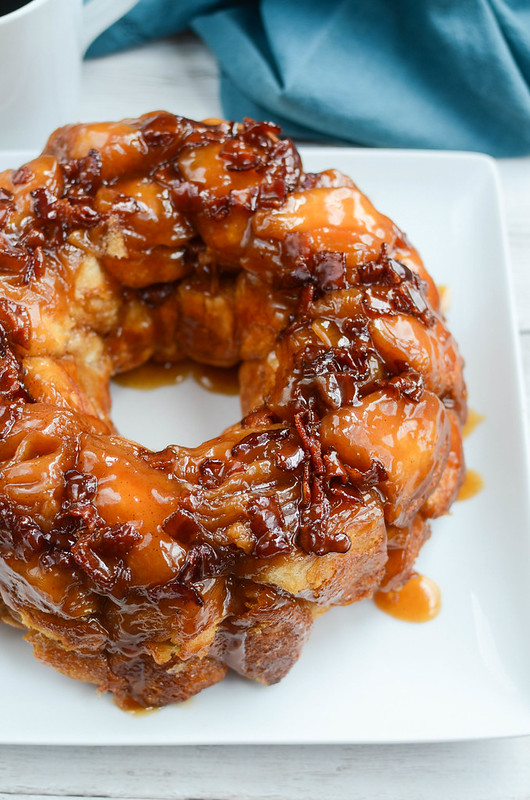 Which Biscuits for Monkey Bread

I recommend avoiding the “flaky layers” biscuits for monkey bread. I usually buy the Pillsbury Southern Homestyle biscuits for recipes like these. 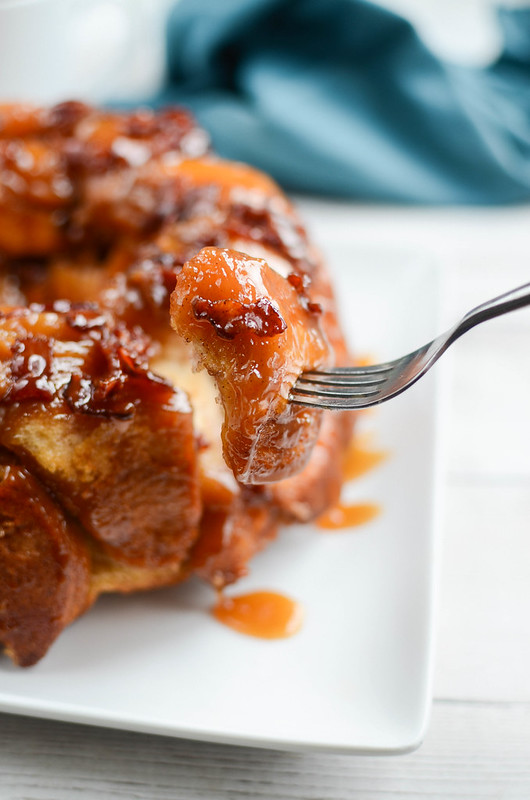 How Long Is Monkey Bread Good For?

Monkey bread is best consumed on the day it’s made but it is fine in the fridge for up to a week. Make sure you cover it tightly with plastic wrap or something similar to keep as much air out as possible.

To reheat, I recommend putting it in the microwave for 20 seconds at a time until it reaches your desired temperature.

Can Monkey Bread Sit Out Overnight?

Most monkey breads can sit out overnight but because this one has bacon in it, it needs to go into the fridge as soon as you’re done with it. I don’t recommend eating it if was sitting out overnight.