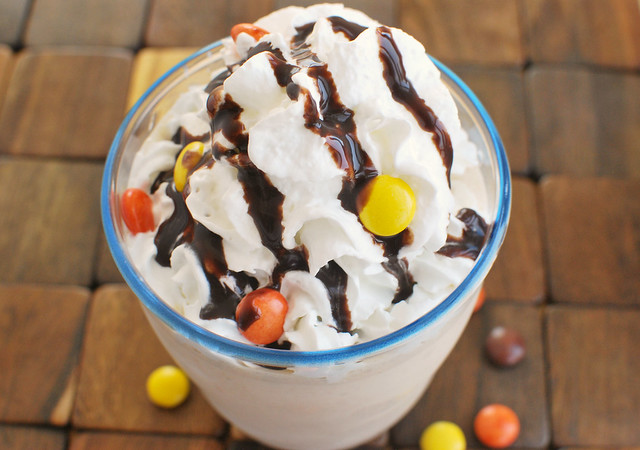 It’s been quiet around here this week, huh? Normally I prep all my weekly posts on the weekend so that all I have to do is go in the night before it posts and write a bunch of nonsense about my dogs, kids, nails, whatever. But since my husband was gone last weekend, I spent my time watching that Game of Thrones episode (you know the one) 5 times and trying on every piece of clothing in my closet. It’s what I do when I’m alone. Along with sleeping on the couch, working out twice a day, and sitting on the back porch talking to the neighbor’s dogs at all hours of the night.

Thankfully I have this Thursday series going with Nicole so I had to stop being lazy at least once.

We’re still doing our milkshake thing and this week we decided to do candy shakes! Because the only way to improve on a milkshake is to add candy! I really wasn’t sure what I was going to do until I was standing in the candy aisle, spotted some Reese’s Pieces, and said “PEANUT BUTTER MILKSHAKES!” a little too loudly.

I went with vanilla ice cream since I was really into the peanut butter idea but you could definitely use chocolate to make it a little more Reese’s like. They’re really yummy, especially with the little pieces of candy mixed in. I always forget how good Reese’s Pieces are until I randomly pick up a bag. Yum!

Nicole and I were on the same page this week with the peanut butter but she added some caramel to hers to make Snickers Milkshakes! 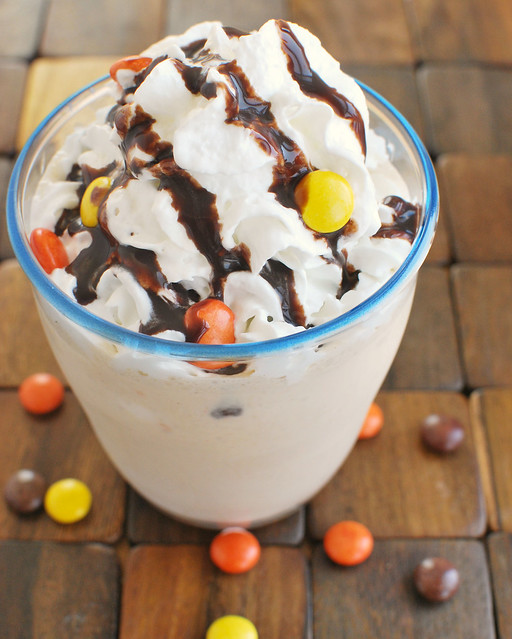 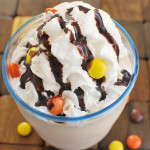 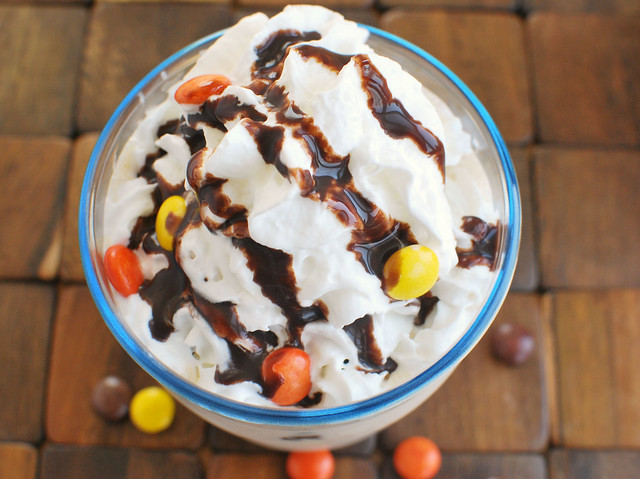