Crockpot Cinnamon Roll Casserole is the perfect holiday morning breakfast! Only 5 ingredients and cooks completely in the slow cooker! 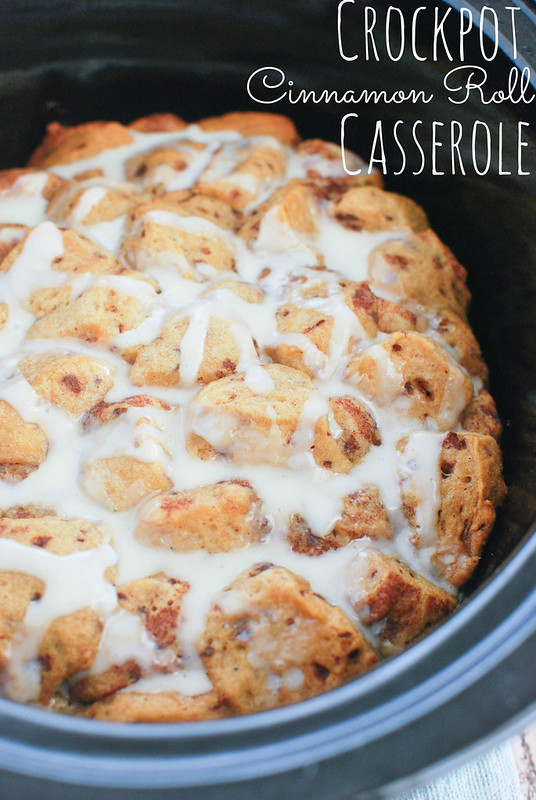 I have to tell you a story about this crockpot cinnamon roll casserole.

A few days before my husband left Afghanistan, he shared this recipe with me on Facebook.

And he never does that.

He very rarely has requests for me and he especially never goes searching for recipes. But he really, really, really wanted me to make this.

So I bought all the ingredients and made myself a timeline for Thanksgiving Day (the day he got home) that included putting these in the crockpot before we left to get him so they’d be ready by the time we all got home.

Well. I got distracted taking selfies with a turkey headband on and watching the Macy’s parade and it just didn’t happen. 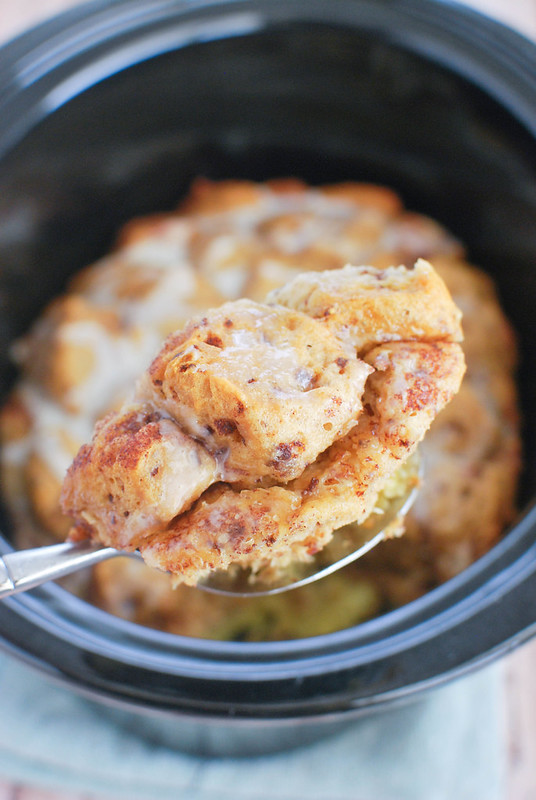 Right after Thanksgiving, my husband went back on his diet which is kind of Paleo but yesterday there was a Sonic Cherry Slush so not really Paleo.

I don’t know. Whatever.

And then I kept forgetting to make it on his cheat days.

But now I’m in major clean out the fridge mode because we’re going away for Christmas. So I had to make it. On a day he couldn’t eat it.

And I think he kind of hates me now.

It’s so good and so easy. It starts with refrigerated cinnamon rolls and the only work you have to do is whisking eggs and heavy cream. It’s the perfect holiday morning breakfast because prep literally takes minutes and then you can just walk away while you open presents or hang out with the fam or just drink your coffee.