Paleo Pumpkin Waffles are an easy and healthy paleo breakfast idea. Made with pumpkin, bananas, and almond butter – they are so delicious! 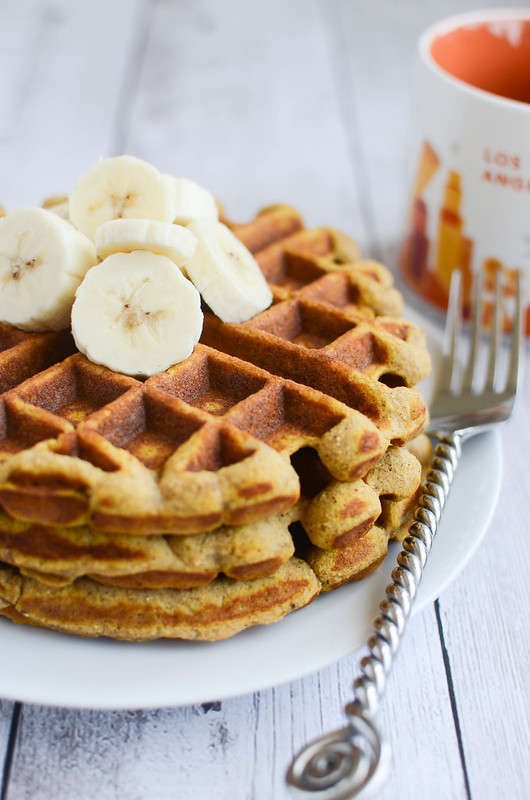 I am typically more of a fan of a savory breakfast but sometimes a girl just wants waffles. Especially this time of year when pumpkin anticipation has officially taken over my life.

I CAN’T WAIT FOR PUMPKIN EVERYTHING!

As someone who doesn’t like to spend a lot of time in the kitchen first thing in the morning, I appreciate an easy breakfast recipe that won’t have me breaking a sweat before I even finish my first cup of coffee.

No beating egg whites separately and then gently folding them in, you know? This recipe is all mixed in one bowl and then cooks up in minutes. 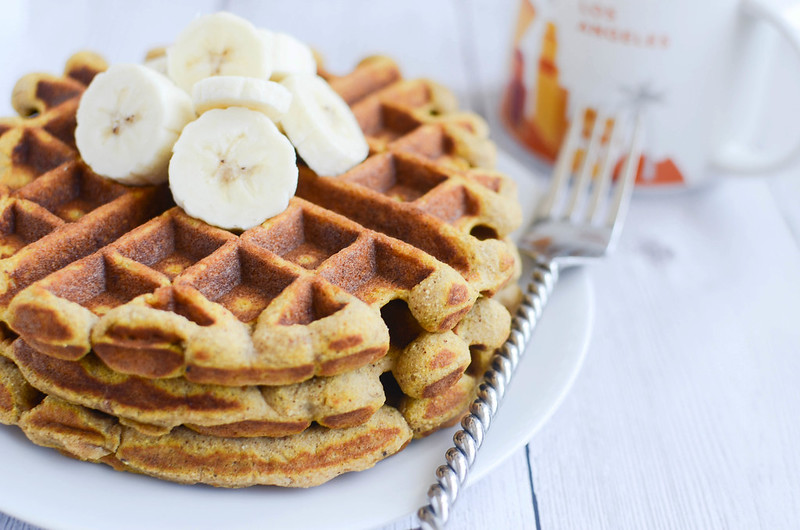 These paleo pumpkin waffles are so yummy!

You get just a hint of the pumpkin — it’s not overpowering, but you know it’s there. They are a little spicy thanks to the cinnamon and cloves in the pumpkin pie spice, and super yummy because of the banana.

Paleo waffles can be such a pain. Sometimes they stick to the waffle maker, sometimes they fall apart when you try to remove them, sometimes they are so dense and dry that you can’t even eat them. But these? They are light and fluffy and definitely one of the best paleo waffle recipes I have tried.

Paleo Eggs in a Basket – the childhood breakfast you love made low carb! Spaghetti squash replaces the hash browns and an egg is nestled in the center.

Paleo Banana Muffins  – moist low carb muffins that aren’t eggy like most paleo muffins! These are made with coconut flour and sunflower seeed butter.

I’m the Paleo Fanatic over at Food Fanatic! This Paleo Pumpkin Waffles recipe is one of many I’m sharing over there so make sure you check back!