Root Beer Baked Beans – the best barbecue side dish! Beans with bacon, root beer, and barbecue sauce are baked until the sauce is thick and delicious. 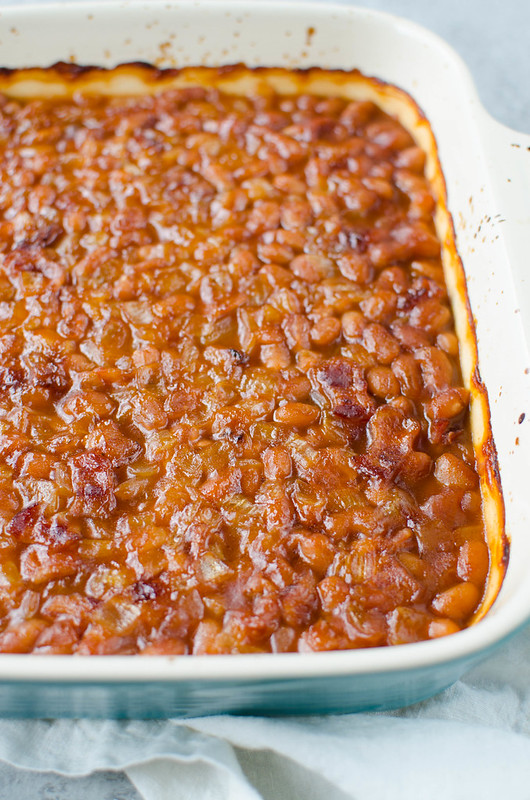 It almost feels like summer has arrived in Texas.

People have finally stopped asking if I’m cold in my Jeep. (I have a heater, y’all. And a boyfriend that makes me take his truck if it’s too cold. I’m fine.)

And I’m so ready for lake days and the waterpark and snow cones. 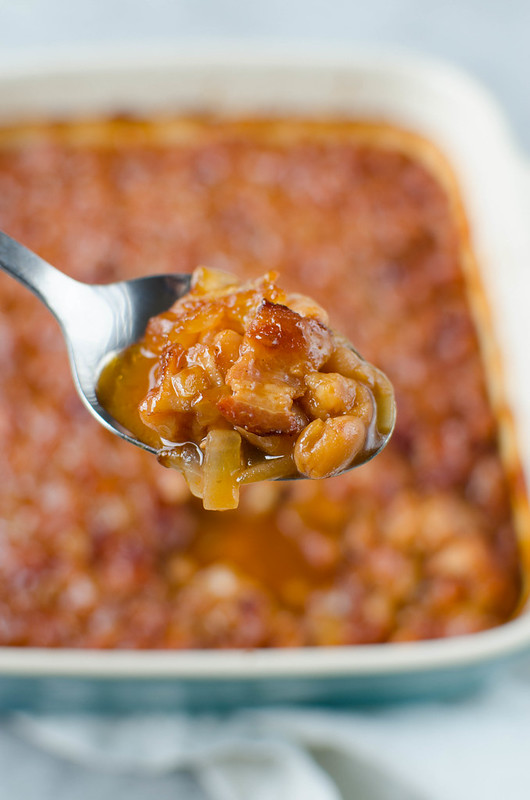 And because summer’s (mostly) here, I’m sharing one of my alltime favorite barbecue side dish recipes.

These are so easy, you aren’t even going to believe it.

They start with bacon and then you cook some onion in the bacon fat. The bacon and onion gets mixed with a couple cans of Pork and Beans, root beer, barbecue sauce, and a dash of hot sauce.

Then you just have to bake them for about 55 minutes. In that time, the sauce cooked down and gets thick and delicious.

The beans are sweet and a little spicy and they are definitely my favorite baked beans ever. If you are feeding a crowd, double the recipe, at least. They go fast! 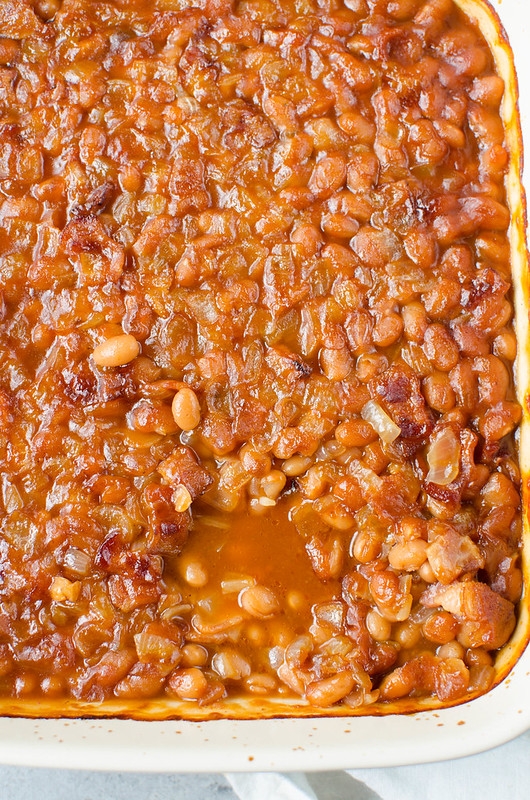 BBQ Bacon Wrapped Corn – corn on the cob brushed with barbecue sauce and wrapped in bacon before grilled. 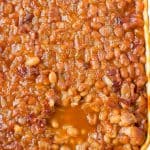