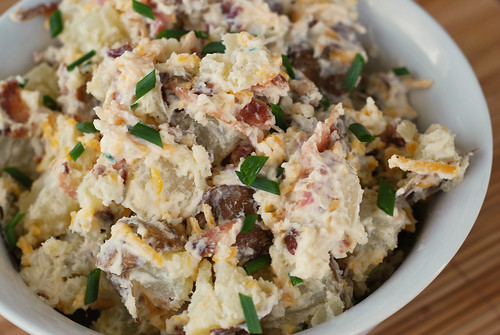 I, for the most part, find potato salad very boring. I won’t even make it – my poor husband has to buy the premade stuff from the deli when he wants some.

That is all changing now though! The potatoes for this salad are baked instead of boiled which thrilled me to no end. Baked potatoes > boiled potatoes, always. Plus they’re topped with bacon, chives, cheese, and sour cream. How can you resist?! We loved this and have officially decided that it’s our go-to potato salad recipe.

The recipe says to leave the skins on the potatoes but I ended up peeling about half of them off. I think it was the perfect amount to really give that baked potato feel but not be full of skins. 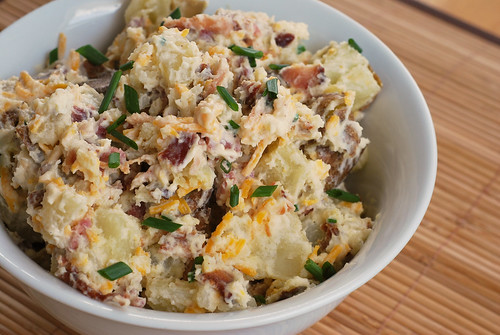