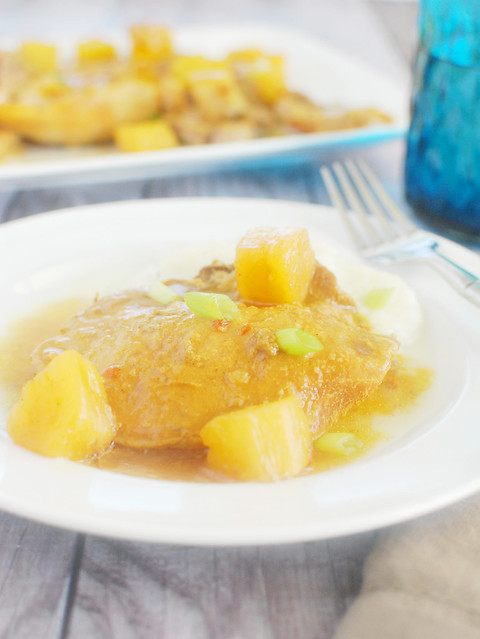 I kind of mentioned last week that I’m in the middle of a major power struggle with one of the kiddos over food.

Or, like on the night I made these Slow Cooker Aloha Pork Chops, he informed me that he doesn’t like pork. And I told him that I guess he won’t be having bacon anymore and bacon is his FAVORITE.

It took him about an hour but he eventually said that maybe he does like pork after all and he agreed to give it a try. And he loved it! Because what’s not to love about pork chops cooked in pineapple juice?

These were a huge hit with all the kids and a bigger hit with me because I had to do basically zero work. They cooked all day and then I simmered the sauce for about 10 minutes just to get it thickened up a little bit. I served it with mashed cauliflower in an effort to be healthy but the kids were not a fan and next time I’ll definitely serve it with rice. The extra sauce would be delicious on rice! 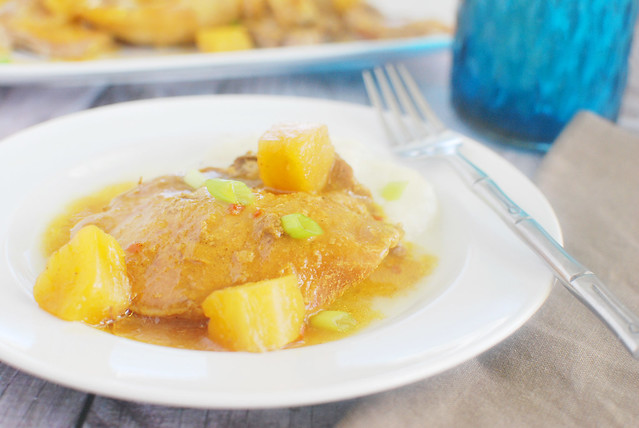