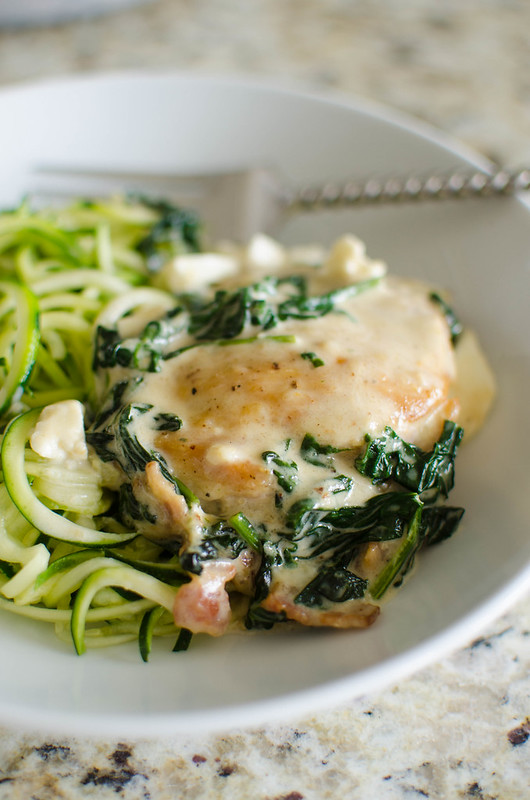 I’m going to start this post by saying that my 6 and 8 year olds ate zucchini noodles for the first time because of this chicken.

Like, pulled it out of the fridge and asked if they could have it. For their after bath, pre-bedtime snack.

I mean, it’s got butter, heavy cream, and two kinds of cheeses so how can it not be delicious?! 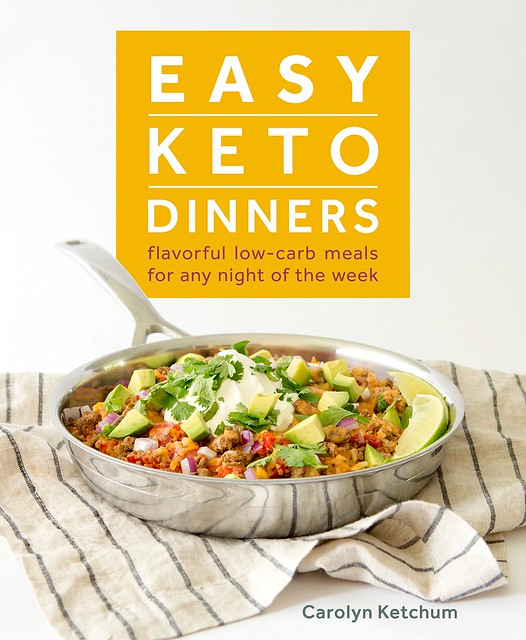 My lovely friend Carolyn released her 2nd cookbook, Easy Keto Dinners, this week and I was absolutely thrilled to receive a copy from her.

I’m not keto but since I do follow a paleo diet most days of the week (okay, some days of the week), a lot of her recipes are perfect for me. No sugar, no grains, no legumes. It’s high fat, low carb which is exactly what I try to follow.

The book is beautiful and it’s exactly what it says it is: keto dinners that aren’t going to take you all night.

It’s divided into sections based on the protein you want and there’s even a vegetarian section. Plus, she’s got some staple recipes for things like keto ketchup, cauliflower rice pilaf, and refrigerator pickles.

There are slow cooker recipes, sheet pan meals, recipes that can be prepped ahead. If you are following a keto diet, this is a must buy!

Other recipes I want to make from Easy Keto Dinners:

Also, I reviewed Carolyn’s first book The Everyday Ketogenic Kitchen a few months back and shared a recipe for her Chicken Thighs with Creamy Rosemary Mushrooms. Can you tell I love her chicken thigh recipes? 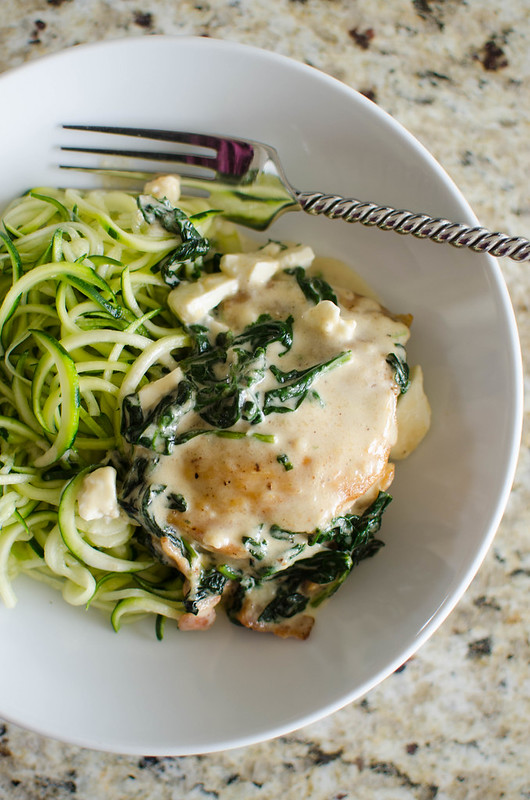 This recipe is actually really simple, Everything (besides the zucchini noodles) is done in the same pan and it took me about 20 minutes to throw it together.

The chicken thighs get crispy and they’re covered in that rich, delicious sauce made from butter, heavy cream, garlic, Parmesan, AND feta. Plus, bacon and spinach.

Seriously, this is my idea of perfect chicken.

Zucchini noodle tip: I don’t cook mine because they get mushy and gross. What I do is spiralize them, put them in a colander (with a bowl or something underneath), and then toss them with a tiny bit of salt. So that gets rid of some of the liquid and softens them up a bit and then I find that whatever hot sauce you put on top is warm enough to steam them to a good texture.

Or if you don’t want zucchini noodles, put it over cauliflower rice or sweet potato noodles. Whatever you’re into!